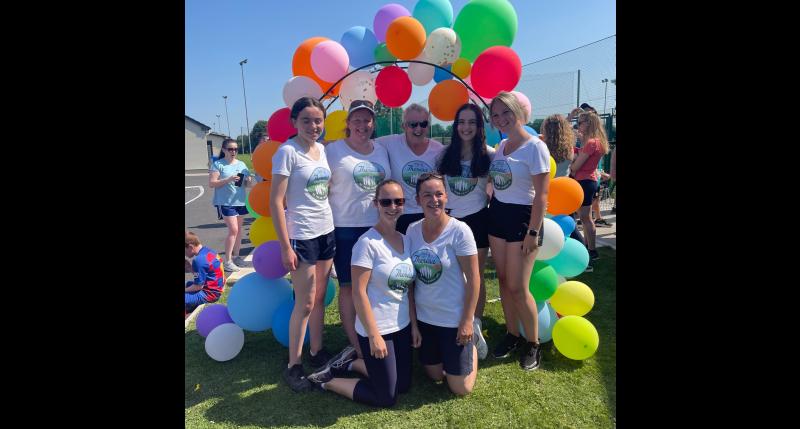 Close to 400 people turned out to show solidarity with a Longford woman at the weekend in her attempts to raise funds for a leading cancer support charity.

Mother of one Theresa McDermott Quinn said her aptly named inaugural event, ‘Trek with Theresa’ had exceeded her “wildest expectations” as both young and not so young walked to the top of Ardagh mountain in scorching heat on Saturday afternoon.

The Longford native said the timing of the occasion was designed to mark almost a year to the day since she began chemotherapy treatment for the disease while raising vital funds for LARCC.

“It was absolutely fantastic,” beamed Theresa. “I was expecting about 100 (people) to turn up, but we got three or four hundred.”

Theresa spoke of how LARCC had come to her aid after she hit “rock bottom” earlier in the year shortly after being told by medics she had shown a “total response to chemo”.

“I had a couple of counselling sessions as that is what I needed, but it’s not just the patients they (LARCC) take on, it’s the whole family,” she said, while heaping praise on Ardagh/Moydow GAA for use of the clubhouse with similar praise being directed at St Brigid’s Gaels Ladies Club in Ardagh who provided refreshments throughout the day.

Evidence of the huge success of last weekend’s occasion was illustrated on Monday when Theresa revealed that almost €12,000 had been raised in both bucket collections and online.

She said no decision had been taken as to whether or not to make the event an annual affair, but said people can still donate online by logging onto www.idonate.ie// trekwiththeresa until August 27.