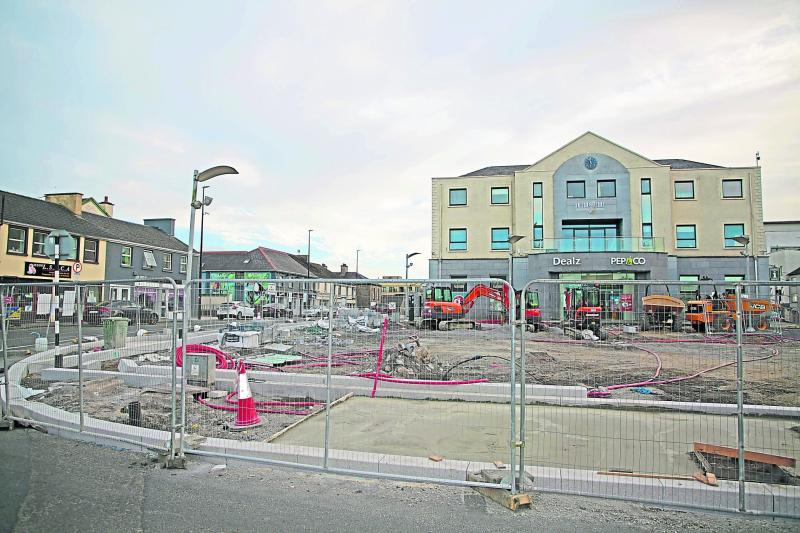 It’s been seven years since the word ‘regeneration’ was first uttered as a remedy that could transform Longford town and county for generations to come.

Since then, two different governments have come and gone while the country has endured a public health pandemic not seen since the Spanish Flu of over 100 years earlier.

Throw into the mix the worsening fiscal tide of seismic inflationary hikes exacerbated by Russia’s ongoing invasion of Ukraine and it’s perhaps easy to see why the topic of revitalising a midlands town in dire need of fresh economic rejuvenation has failed to materialise at a pace most, if not all, of Longford’s 40,000 plus citizens would have envisaged.

The so-called ‘golden ticket’ in kick starting that drive has long been centred on the county town’s former Connolly Barracks, a near 13 acre site upon which Longford County Council’s aptly dubbed ‘Camlin Quarter’ masterplan largely rests.

In March 2021, Housing Minister Daragh O’Brien arrived in Longford to announce the investment of €14m towards the project, representing the single largest State backed financial package to come the county’s way.

Almost 18 months on, questions still remain as to when and whether that eight figure blueprint will turn from bold promises and ring-fenced cash into a state of the art end product other counties could only dream of.

On the flip side, advocates behind the county’s regeneration drive will say progress isn’t just being flippantly banded about, but is being borne out by real and credible results.

A six figure ‘Yard Hub’ in Abbeyshrule, a new ultra modern library in Edgeworthstown and the onset of the Royal Canal Greenway are all notable tourism linked upgrades which have fallen under the ‘regeneration’ banner.

“In terms of project delivery, we have been very successful in delivering scores of projects throughout the county including colossal work in developing our recreational walkways and natural beauty destinations,” he said.

“The various innovation hubs in rural locations have opened up possibilities that were simply not there to allow people to develop business and of late work remotely. The work on a Mid Shannon Wilderness has opened up the possibility of attaining Special Area of Conservation status that will be of tremendous value in terms of offering an ecotourism product within the region.”

Further evidence of those advances emerged in recent weeks as work got underway on a €4m Longford Connected Project.

Those labours, according to local authority bosses, will bring about large-scale enhancements to both the county town’s streetscape appeal with both the vicinity around the Market Square and shopping centre car park serving as focal points behind that drive.

Questions have been raised about the validity in digging up and rendering one of the town’s busiest and most aesthetically appealing vistas off limits to pedestrians and consumers alike.

Billed as one of a series of ‘big ticket’ investment upgrades, Longford town is to reap the benefits from, a certain cohort whether rightly or wrongly have been accused of ‘picking holes’ in what is being perceived as just one piece in a much broader, regenerational jigsaw.

And while it may be seven years or more in the making, let’s hope that wait is one that is not just worthwhile but one which will breathe new life into Longford and its surrounds for generations to come.