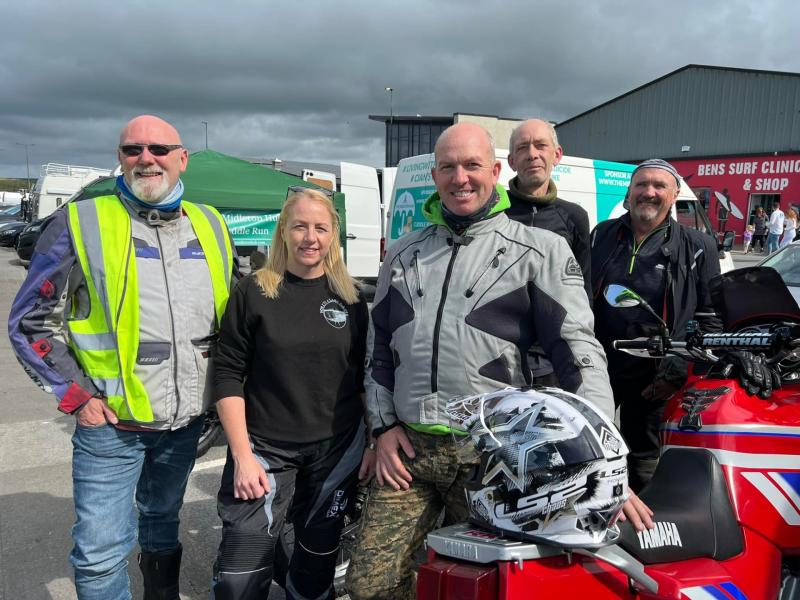 A charity motorcycle run through the 32 counties passed through Longford this week. Corkman Bunny O’Riordan is travelling the country on a motorbike which was to be a present for his son, Cian, who sadly took his own life.

Bunny and his friends are part of a club called The Midleton Hub in Cork where people can go and talk about their problems, issues or experiences.

Richie Cummins from Edgeworthstown, saw Bunnie's efforts and decided to lend his support: “Bunny is doing the 32 county charity run on a '82 Motorcycle he bought his son for his 18th birthday, unfortunately Cian committed suicide before ever riding the bike, so his dad is doing the county run to raise awareness of suicide, and to raise funds for The Midleton Hub in Cork.”

Richie explained the local efforts: “Myself and Heatseizers MC are escorted them from Ballymahon to Longford and then to Feericks Hotel, Rathowen where they stayed for the night. My wife and I paid for as a donation to assist Bunny.”

Anyone who would like to build a brick for the club can do so by donating to their website www.themidletonhub.com

Anyone who thinks they may need help can do so by contacting the Samaritans on 116 123.