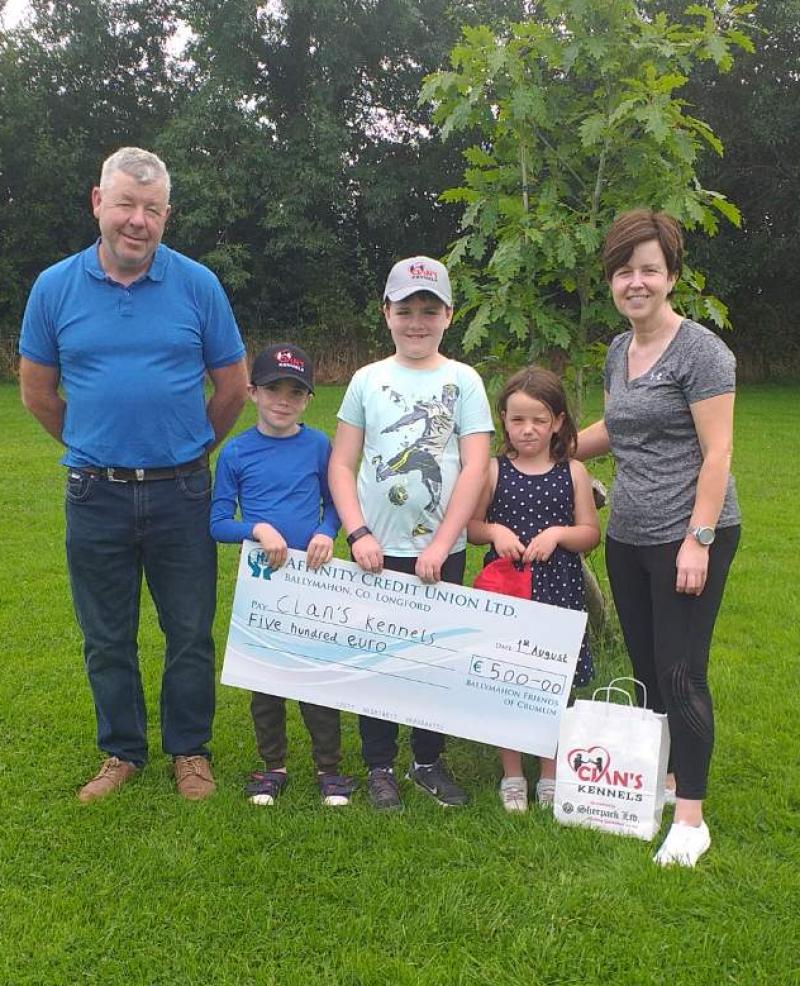 Ballymahon Friends of Crumlin held their annual fundraising events in June with the usual 5k and raffle.

As with all fundraising groups, their efforts were curtailed by the pandemic over the previous two years but their return was met with enthusiasm and the full support of the local community and further afield.

On foot of the fundraising, the group was delighted to be in a position to donate €12,000 to three charities.

Cian’s Kennels, an amazing charity which allows sick children access to their pets while hospitalised in Crumlin, were presented with a cheque for €500.

Ronald McDonald House received €1,500 and a cheque for €10,000 was presented to Children’s Health Foundation Crumlin. 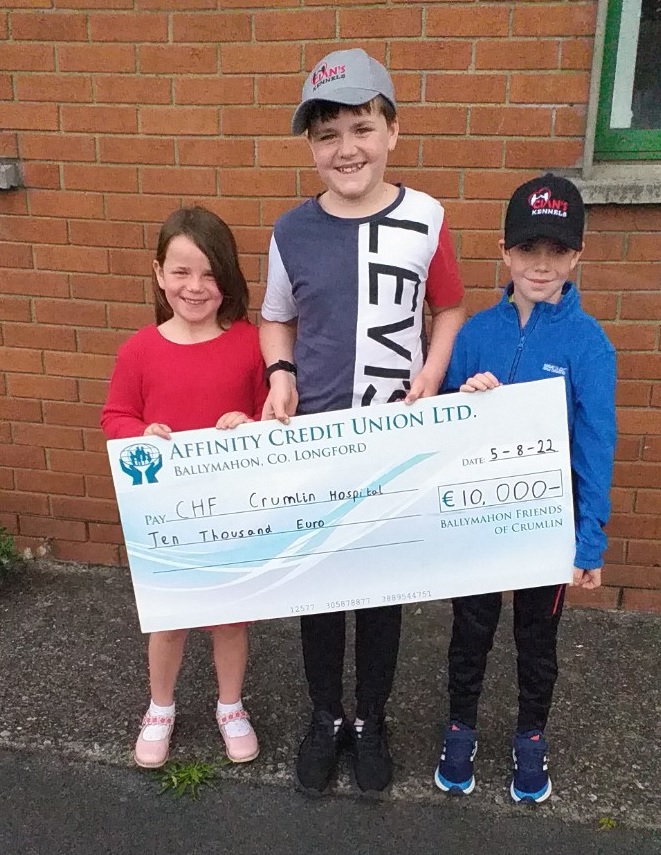 Caption: Grace, Cian and Senan Kelly, on behalf of Ballymahon Friends of Crumlin, with the cheque for €10,000 which was presented to Children’s Health Foundation Crumlin

The group would like to express their sincere thanks to all who contributed to their fundraising efforts especially at a time when the cost of living has increased for families.

The generosity of the local community has always been immense and unfailing and is appreciated beyond words. 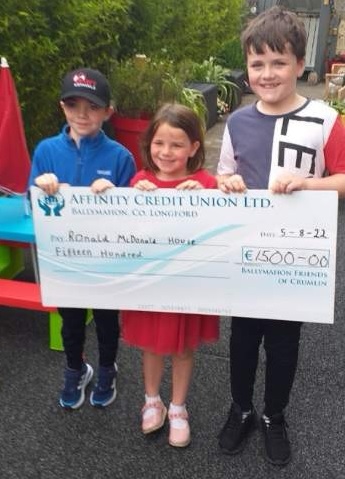 Caption: Senan, Grace and Cian Kelly, on behalf of Ballymahon Friends of Crumlin, with the €1,500 cheque presented to Ronald McDonald House

So many children and their families will benefit from the funds provided and all three charities expressed their sincere gratitude for the donations.