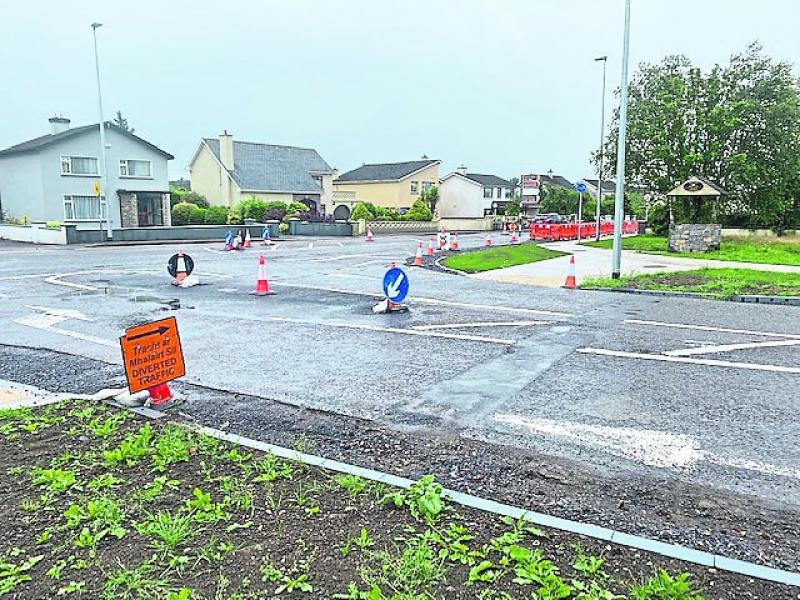 A controlled pedestrian crossing will be installed along the Ballinalee Road in Longford following concerns raised by a local elected representative.

At the July meeting of the Longford Municipal District Cllr Martin Monaghan tabled a motion noting issues around the lack of provision for pedestrians to cross on the Ballinalee Road: “There was a crossing from Ard Michael Estate to the Major’s Well Road prior to works commencing, however the provision of a temporary crossing to facilitate pedestrians is a must to ensure the safety of the public when crossing such a major artery into our town,” he stated.

Cllr Monaghan noted that ongoing improvement works on the N63 saw reduced traffic control measures near the entrance of the Ard Michael estate. He says walkers are forced to cross a busy section of road without proper controls in place: “These roadworks have been brought up in this chamber on numerous occasions,” he said at the MD meeting.

“If you leave the Ard Michael estate the first point of crossing is at Springlawn. I don't think that is good enough,” he told the other councillor.

Seconding the motion Cathaoirleach Gerry Hagan (FG) said: “It's a very busy road. Perhaps it is just an oversight that the crossing was taken out, but it needs to be addressed as soon as possible.”

At the MD meeting council officials stated a safety audit was carried out at the location and no concerns were raised: “The existing pedestrian crossing near Ard Michael was an uncontrolled pedestrian crossing, so there are no requirements under the Health and Safety legislation or revised Traffic Management guidelines to provide a temporary crossing in its place,” Area Engineer Eamon Bennett said.

Mr Bennett explained that the contractor has a 'designated pedestrian controller' in place on the works to accommodate people with mobility issues.

However, Councillor Monaghan says the local authority have now committed to providing a button controlled light crossing when the works are complete: “It will be a controlled pedestrian crossing. In essence it is a push button system that will allow for pedestrians to cross at Ard Michael back on to the Majors Well Road,” he told the Leader.

Cllr Monaghan said there is a very real necessity to accommodate pedestrians in thearea: “There are over three an a half thousand people working on that stretch of road from Abbotts in. There are also three housing estates, a funeral home, a national and a secondary school.”

The Fianna Fail representative is hopeful a new traffic management system can be put in place to ensure safety for pedestrians.