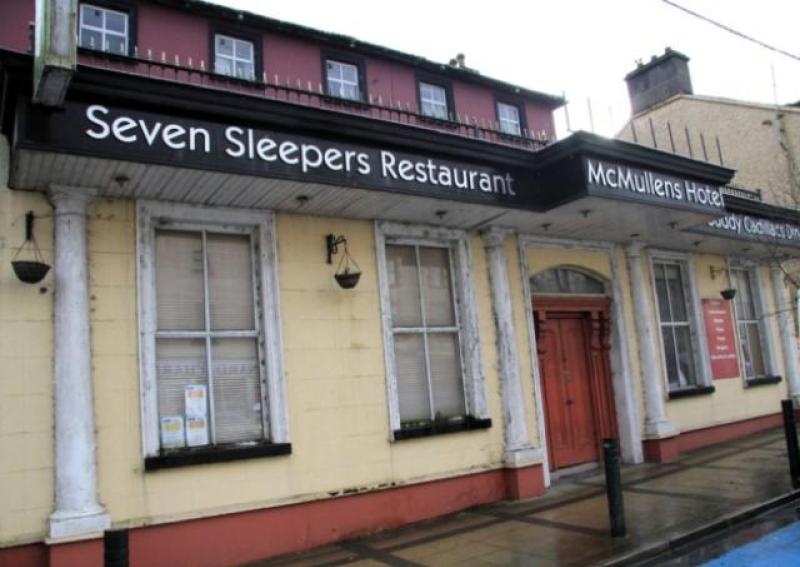 The former Hourican's Hotel in Granard which, this week, has been bought by Longford County Council

Longford County Council chiefs have shaken hands on a deal to secure Granard former Hourican's Hotel in a move which bring an end to the town's long standing car parking issues.

Senior local authority officials agreed the deal on Monday following several months of painstaking behind the scenes negotiations to try and acquire the property.

The Leader understands the agreement was given the green light after over €1m in regeneration funding was set aside by the Government earlier this year.

"It is something I have been calling for since I became a councillor in 2019," he said.

"The town is crying out for a car park and this is the best we (council) could get in that it (building) is in the centre of the town and will be easily accessible for people."

It's envisaged council bosses will now press ahead with a planning application to bulldoze the former hotel over the coming weeks with a view to commencing work on what is expected to be a multi million euro project later this year.

Cllr McGovern also called into question some criticism which had been aired online over why the historic building and one time parochial house could not have been restored to its former glory.

"I was in the place only a couple of weeks ago and it was just ready to fall," he said.

"It (building) is just a shell and all of the copper that was inside it has been taken from it. It would have cost absolute millions to repair."