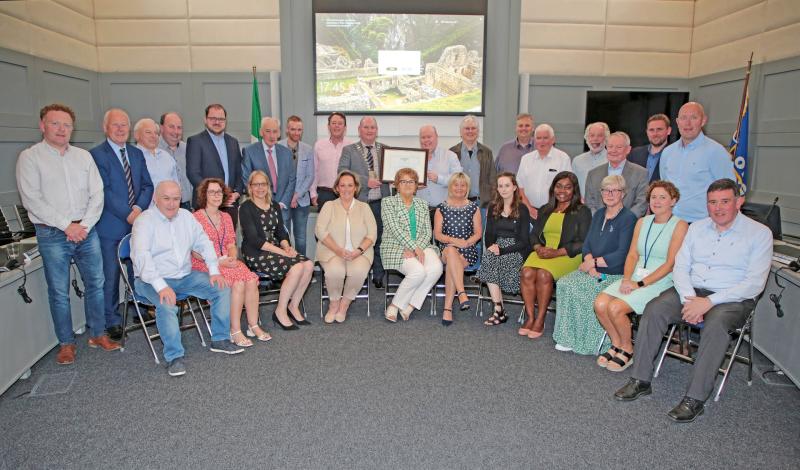 The civic event, led by Longford County Council Cathaoirleach Cllr Turlough McGovern, celebrated and paid recognition to the longevity of the Longford Leader as County Longford’s oldest and primary newspaper.

At the event Cathaoirleach Cllr Turlough McGovern spoke of the importance of the Longford Leader and of local journalism in connecting communities.

“Through its long history, the Longford Leader has shown itself to be a newspaper with great journalistic integrity,” commented Cllr McGovern, adding, “It has given a voice to many people for the betterment of our society. I thank them for their work and their dedication and gladly look forward to reading the Leader into the future.” 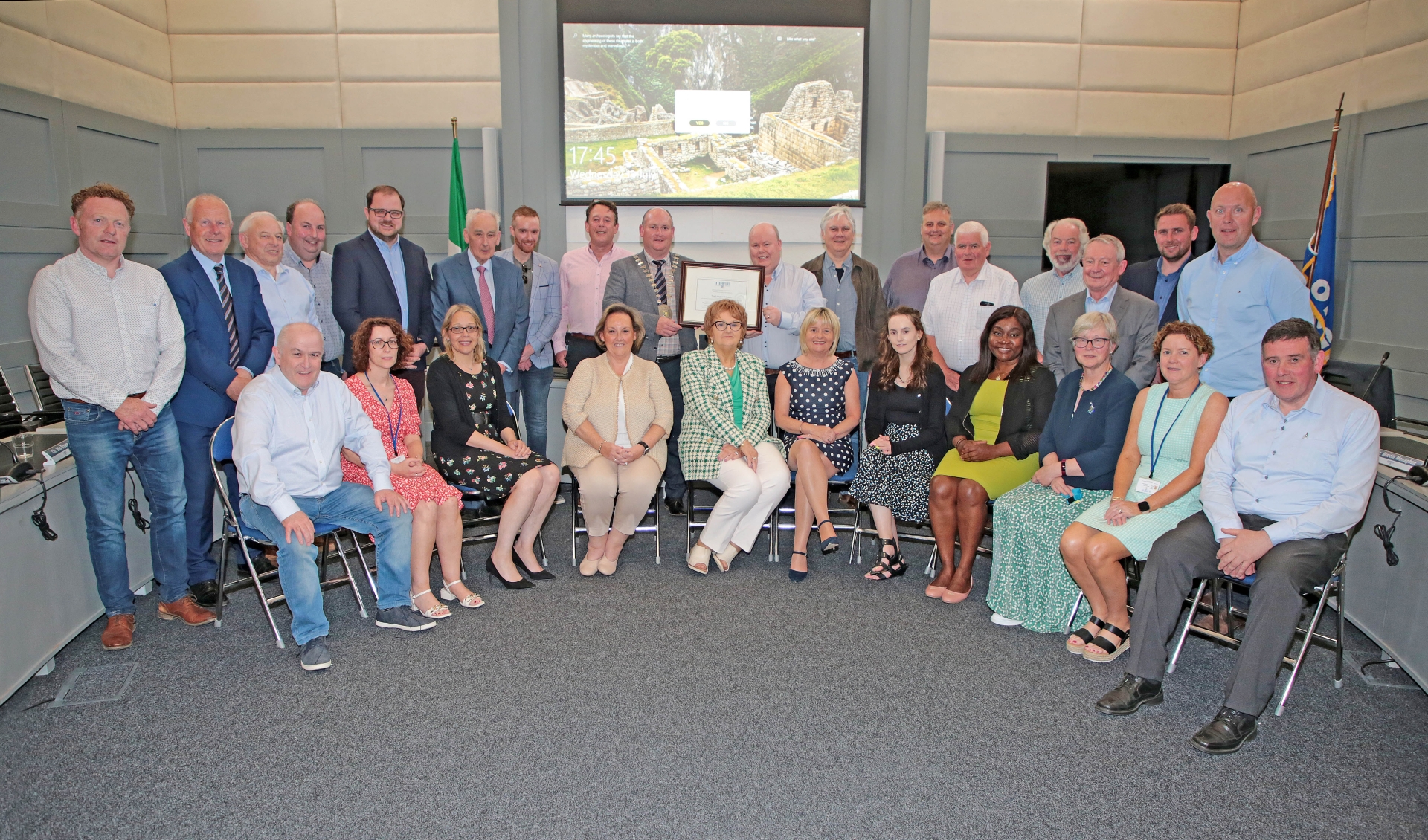 Longford County Council Chief Executive Paddy Mahon agreed and spoke on the shared history between the Longford Leader and the County Council.

Mr Mahon remarked, “The Council and the Longford Leader, having both come into being in the late-nineteenth-century, share a long history. Throughout its 125 years, the newspaper has upheld the democratic values of society through its reporting on and sharing of the work of Longford County Council with the people of Longford. We look forward to all future reporting.” 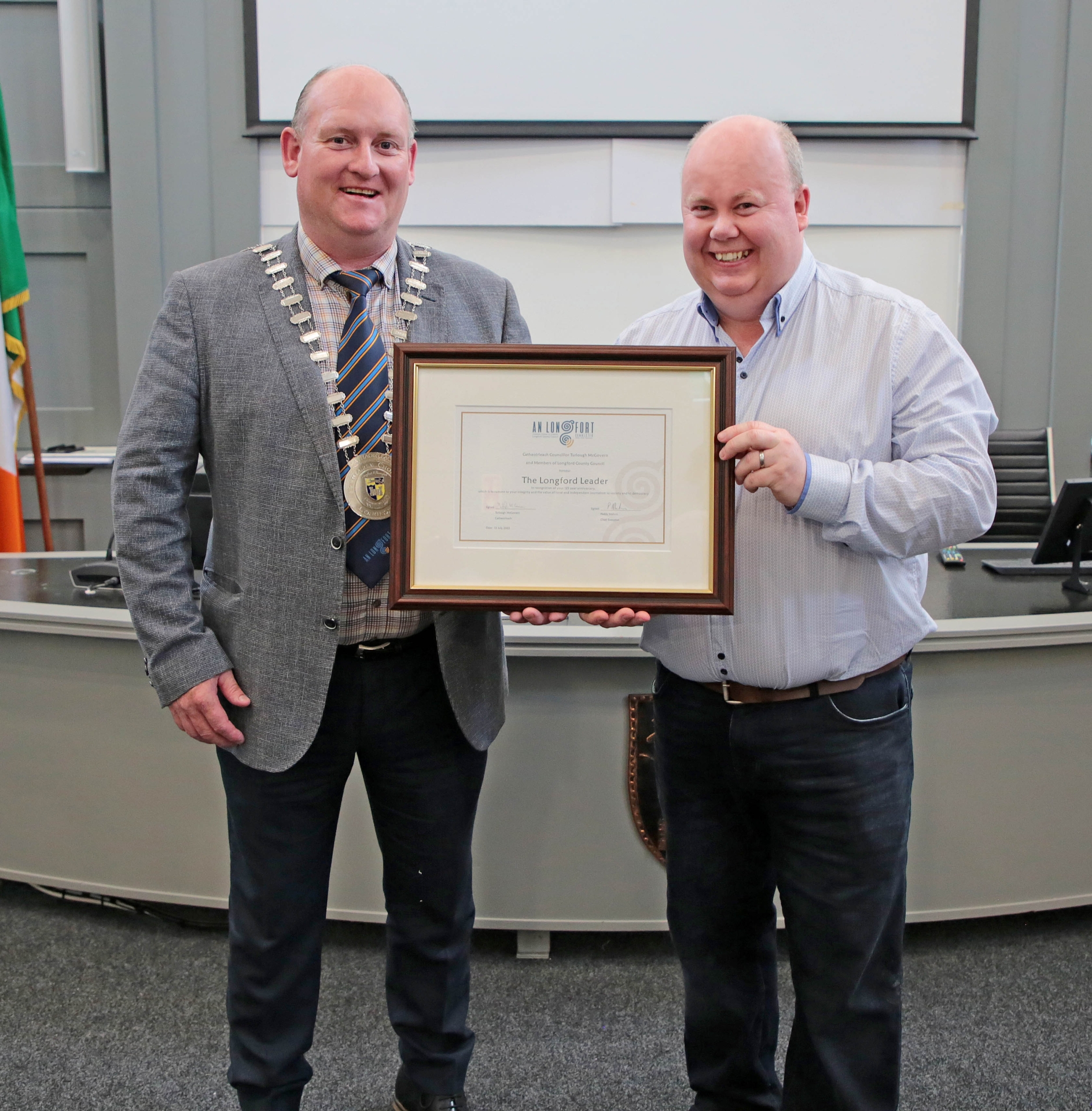 Longford Leader Managing Editor Alan Walsh expressed thanks to the members and Executive of Longford County Council for bestowing the civic honour on the newspaper as it celebrates its 125th Anniversary. He thanked outgoing Cathaoirleach Cllr Peggy Nolan for putting the wheels in motion for the organisation of the civic recognition ceremony.

He said, “The Longford Leader has been connecting communities for 125 years and we’re committed to doing so in print and online for many years to come. From the time of the land wars, through rebellion, the war of independence, civil war, two world wars and periods of economic woes, the Longford Leader has reported, reflected, celebrated, mourned and articulated on the people of Longford and their interests.” 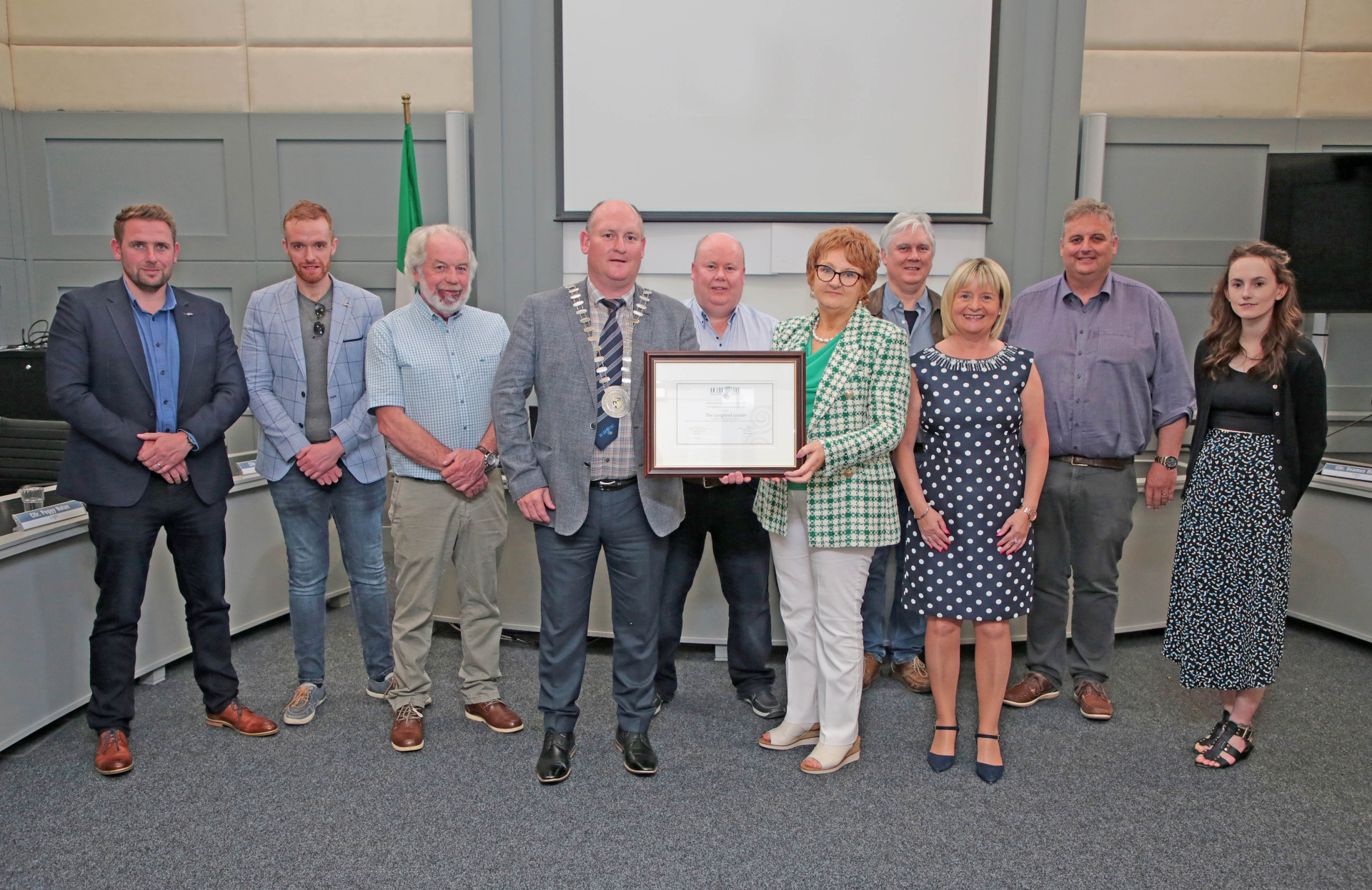 He added, “This is a proud time for all of the Leader staff. We recently compiled and published our souvenir edition to mark our 125th anniversary and as we embark on the next phase in the history of the Longford Leader it is an opportune time to thank all our former colleagues for their talent and commitment to the newspaper, ensuring its survival for 125 years.

“Also a heartfelt thanks to our readers for your support, not just in buying the paper every week but also for sending us your news, views and photographs. Our advertisers have also remained loyal despite the turbulence and challenges of the Covid-19 pandemic and for this we are deeply grateful.”