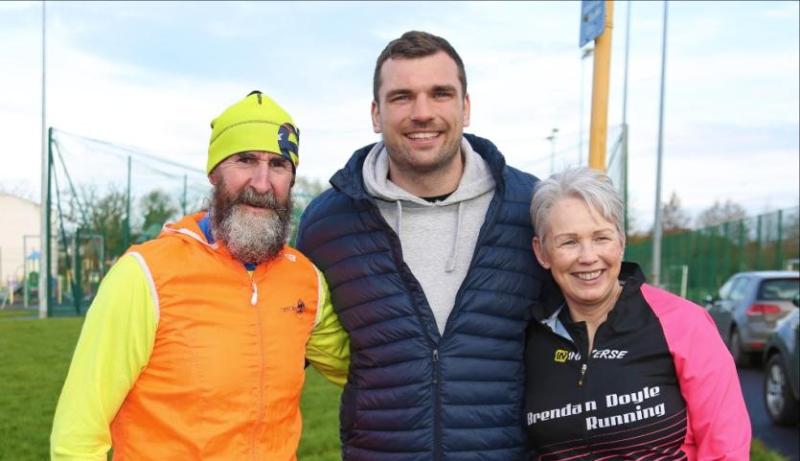 Tadhg Beirne, with Brendan Doyle and Kate Sexton when the Munster and Ireland back row stalwart attended the Longford Parkrun in 2019.

Longford rugby fans are celebrating the success of the national team, with a particular pride in the achievements of three of the men in green.

Ireland secured the series win in New Zealand following an heroic encounter in Wellington. Andy Farrell’s men won out thanks to tries for Josh Van Der Flier, Hugo Keenan and Robbie Henshaw.
Through the course of the five test series three Irish players with strong Longford connections made significant contributions to the Irish campaign.

Tadhg Beirne and Kieran Treadwell played with distinction over the course of the five games in the southern hemisphere test series.

Kieran Treadwell is English-born, but plays second row for Ulster and Ireland. Though born in Sutton, south London, his mother is from Longford, and he represented Ireland at under-18 level. He spoke in a recent interview of spending many summers in Longford when he was growing up.