Future is bright for Longford tourism and Ireland’s Hidden Heartlands 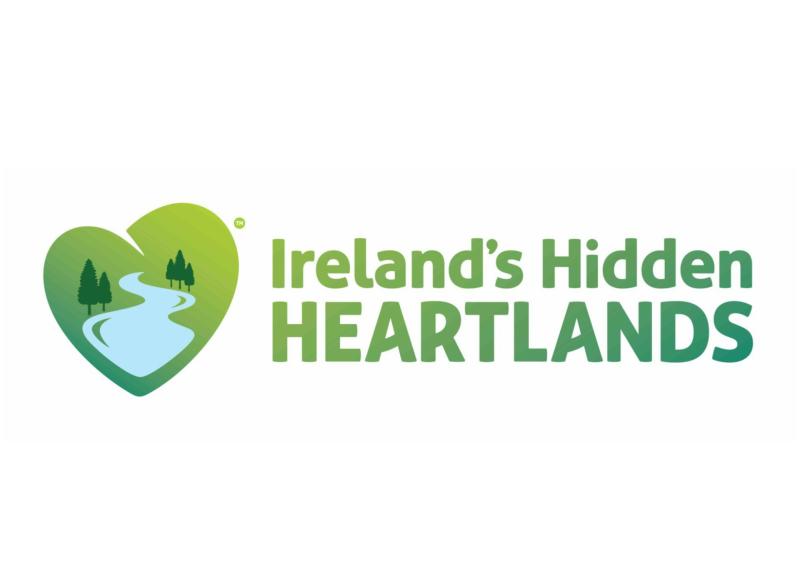 Future is bright for Longford tourism and Ireland’s Hidden Heartlands

A figure of 2.5% for international visitors to Ireland’s Hidden Heartlands in 2018, as a proportion of international visitors to the island of Ireland, including Northern Ireland, does not tell the full story of how tourism is performing in Ireland’s Hidden Heartlands at this point, and the progress that has been made over the past four years since the brand was launched, and what the future holds for the region.

The figure was contained in a recent Longford Leader article entitled ‘Goldsmith Festival hears that Longford must seize opportunity post-Covid tourism presents’ (dated June 10, 2022). This article reported on Eoghan Corry’s presentation to the Oliver Goldsmith Festival, which quoted a figure of 2.5%.

The Ireland’s Hidden Heartlands brand was launched in 2018 as a tourism proposition for the Midlands which would appeal to both domestic and overseas visitors. While it is still in its infancy, the brand has gained traction and in 2019, just one year after it launched, awareness of the brand among domestic visitors had grown to 47%.

Moreover, during 2020 and 2021, despite the limited operating season caused by the series of COVID-19 lockdowns, many tourism businesses in Ireland’s Hidden Heartlands reported higher numbers of domestic visitors than in previous years, a so-called ‘domestic bounce’.

For example, 51% of domestic visitors who hired a cruiser on the Shannon in 2020 were first-timers. When asked would they do it again, over 90% said they would. We are now working hard with industry partners to convert those first-timers into repeat visitors to the region.

Over the past four years we have also been working with tourism businesses in the region to help them pitch to overseas tour operators. At Fáilte Ireland’s flagship tradeshow, Meitheal, the number of tourism businesses who signed up from Ireland’s Hidden Heartland’s increased from 8 to almost 40 during the period from 2018 – 2022. This means that more and more tour operators are aware of the region and are including it on their tours.

During the pandemic Fáilte Ireland invested €1m in improving the online presence of 40 visitor attractions and activity providers in the region. This served not only to improve the websites of these 40 key tourism businesses, but also to significantly enhance the digital ‘shop window’ for the Hidden Heartlands.

Since the launch of the brand in 2018, Fáilte Ireland has been working hard, in association with the Local Authorities, other State agencies and the tourism industry, to raise awareness of the new Hidden Heartlands brand and to grow the visitor economy.

The Local Authorities are key partners and we have been building effective coalitions with Waterways Ireland, Coillte, Bord na Mona and the Office of Public Works, in order to optimise the tourism potential of their natural and heritage assets in a sustainable manner.

Of course, the single biggest development in tourism in the midlands has been the development of Center Parcs Longford Forest, which employs over 1,000 people. Center Parcs has already played a significant role in building the credibility of Longford and Ireland’s Hidden Heartlands as a visitor destination and has had a massive impact on the regional economy.

Other recent highlights include the launch of the Shannon Tourism Masterplan, which has already seen €2.3m invested by Fáilte Ireland in new projects last year alone, as well as significant capital investments in Knights & Conquests in Granard, Co. Longford, and the National Famine Museum at Strokestown Park, Co. Roscommon.

This year, amongst other things, we are focussing on tapping into the tourism potential of the region’s Greenways. Westmeath has two Greenways, the Royal Canal Greenway and the Old Rail Trail. Our Greenway Activation Programme, which will commence this summer in association with Waterways Ireland and Westmeath, Longford and Roscommon County Councils, will engage the tourism businesses along the Greenways to raise awareness of them, to improve the visitor experience and to ensure that businesses are cross-promoting one another.

We are also working closely with Tourism Ireland on the promotion of the Hidden Heartlands directly to overseas visitors, and the region now features prominently on the Ireland.com website.

From the very start, Fáilte Ireland recognised the importance of collaboration and partnership in order to grow the tourism economy of the region. We established a Steering Group for the region, comprising all nine Local Authorities, together with State Agencies and industry members, which advises on the future strategic direction for tourism in the region. We also established three Destination Recovery Task Forces throughout the region in response to the crisis in tourism caused by the Covid-19 pandemic. These Task Forces ensured businesses in the region could be sustained and primed for continued growth as tourism recovers.

Later this year we will publish a Regional Tourism Strategy for Ireland’s Hidden Heartlands 2022-2026 which, while being a five-year strategy, sets out an exciting 10-year vision for the sustainable development of tourism in the region. The strategy will focus on regenerative tourism and sustainability, ensuring that tourism works to create sustainable jobs in local communities and protects our environment.

Despite the challenges of Covid-19 and the current challenges arising from inflationary pressures, Ireland’s Hidden Heartlands has made a strong start and recognises that there is still much to be done. Fáilte Ireland, in conjunction with all its partners, is addressing these challenges to transform what is a non-traditional tourism region into a destination with a unique identity and distinctive reasons to visit.

As we emerge from the darkness of a global pandemic, I can say with confidence that the future is bright for Ireland’s Hidden Heartlands.