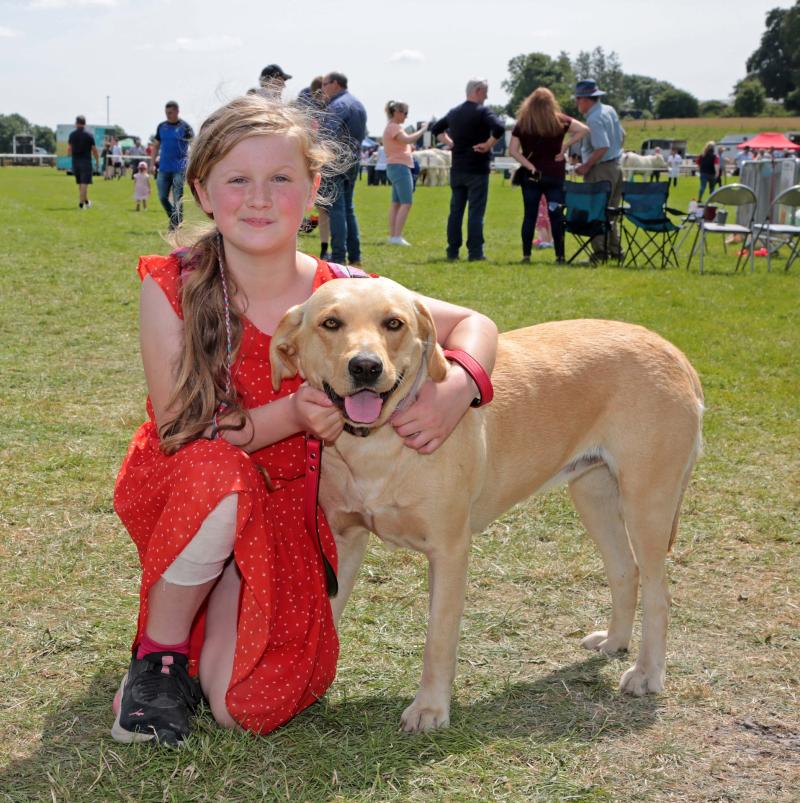 The recent upturn in weather has brought with it the rebirth of the summer show season and last weekend it was Granard's turn to bask in the spotlight.

Large crowds from both near and not so near flocked to the Higginstown sports complex on the outskirts of the north Longford town over the course of two action packed and fun filled days as Granard's Agricultural Show returned in some style.

Goats, sheep, high quality cattle, horses, arts and crafts, the list of intriguing attractions was endless for both young and old alike as onlookers and young families basked in temperatures to rival the likes of the Costa del Sol and the Canary Islands.
Throw in the added allure of Rural Affairs Minister Heather Humphreys, flanked on all sides by a posse of Fine Gael local politicians, it was hardly surprising to see such large numbers file through the entrance gates from early doors on Saturday morning.

"Isn't this a great day and this is what rural communities is all about," she said.
" It's about people coming out and it's about showing their cattle and their wears. There is nothing like an agricultural show to get people going and to have that bit of camaraderie."

It was a feeling which perfectly summed up an atmosphere rural towns like Granard have been crying out for in the wake of a three year intermission brought on by Covid-19.

Ms Humphreys, whose husband Eric was adjudicating on the show's Hereford Cattle section, told those present of how her last visit to Granard ended with a visit to Fr Simon Cadam's residence for what proved to be one of the most expensive tea and scone rendezvous she has ever encountered in her time in office.

"Fr Simon gave me beautiful scones, jam and tea when he explained he needed money for the motte I couldn't refuse him," she said.

Joking aside and following speeches from show president Cllr PJ Reilly and a blessing from Fr Cadam himself, it was down to the serious business of competition and family led enjoyment as Granard, not for the first time produced a showstopping spectacle that will undoubtedly live long in the memory.