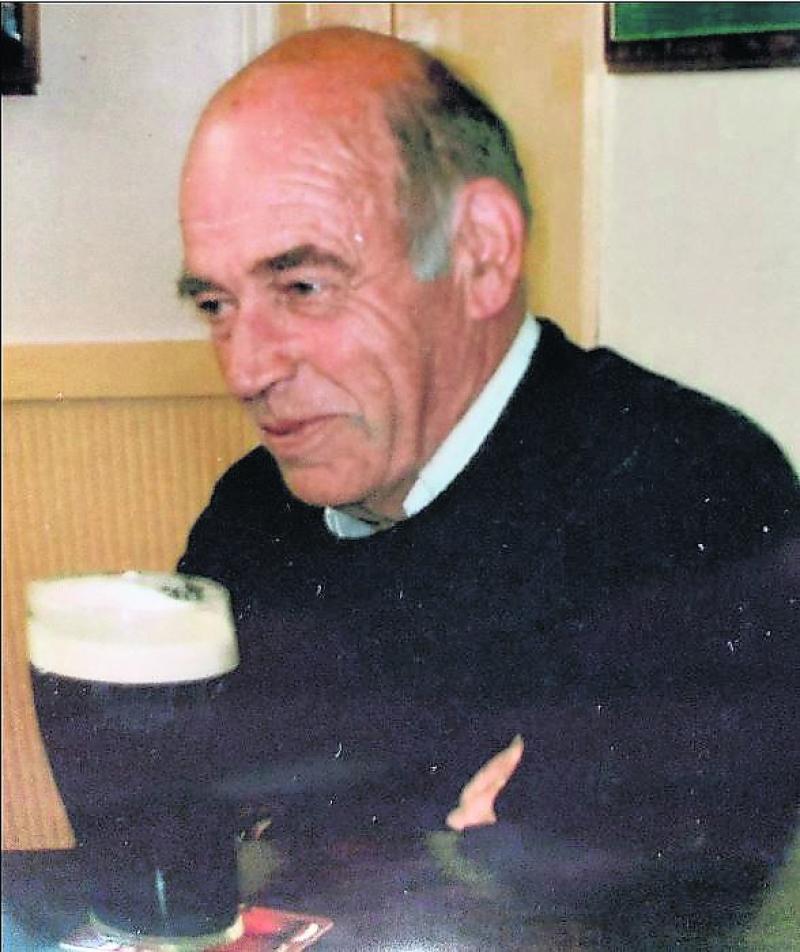 In my time I have written many tributes but this one is without doubt the most upsetting one for me as I knew Edmund personally for a hell of a long time with electrical work, plumbing, welding, repairing tractors and in later years the music scene.

Back in the early days Edmund started out driving a dozer for a local contractor. After that he trained as an electrician with another man named Alfie Dennehy who lived just outside Arva Co Cavan.

They both worked together for a while but the farm at home was in Edmund's best interest as he loved to be looking after his cows, he used to call them (the Bows).

He treated his animals like royalty, however, he still continued to do his electrical work later in the evening after his farm work was done and would go to people far and wide to help and sort out their electrical problems and would often go on to the early hours.

He was more than qualified as an electrician. Edmund was highly intelligent in many ways, he really could turn his hand to anything like carpentry, could sort out plumbing, water pumps and all that kind of thing.

Edmund did a lot of work for me, he wired my garage and my radio station which wasn't easy and there was a lot of equipment to be catered for and as usual did a very neat and tidy job of it and left nothing undone.

Edmund and I worked a lot together. I would repair his tractor occasionally. His old reliable Massey Ferguson 135 which every day Edmund would be heading to the shop or the creamery stores or even to Carrigallen for a round bale of hay. I will miss meeting him on his tractor.

As well as that I would do some welding and cut an odd tree for him and the beauty of all this is we helped each other out and in all the years there was never a wrong word between us. We really got on very well I'm proud to say and worked well together.

It was so easy to get on well with Edmund because he never ever changed his frame of mind. Always in good humour and then there are the music years of which he was very proud of. Edmund was with me on the music scene as Harry-O for twenty five years.

At that time we were very busy and we would be in locations all over the place. Edmund would carry in equipment and set it up for me and knew where every wire had to be fitted in, he was just a gem and then he would head for the counter for a few drinks and everywhere he went he made so many friends.

He really enjoyed himself, he had a great saying which was (I come and go with everyone) and by God Edmund most certainly lived by it day and night all his life.

I was entertaining on the stage and Edmund was entertaining at the counter. I used to laugh at him every time he would get into the Harry-O van. Going or coming back from a venue he would say (I better put on the vestments) he was referring to the seat belt.

The next day he would be telling the neighbours where we were, the nice people he met and how the night went and all that. Edmund absolutely enjoyed every minute of those times.

He saw parts of the country he thought he would never see. Edmund was so very helpful to me all down the years.

Of course when the Covid appeared we had to pack the music up at that stage. I can remember if anything went pear shaped at the farm all he would say (do best can). Such a gentleman.

I think it's fair to say that I spent more time with Edmund than anyone.

It was said to me by his predeceased brother Michael that only for Harry-O Edmund would be only moving from the bed to the cattle and cattle to the bed and Edmund said to me himself manys a time how he really enjoyed getting out at night and was very proud of it all.

I'll finish with this: Edmund Dolan was one of the real people of Ireland.

For me it was an honour and a pleasure to have known Edmund. I am so thankful for all the help he gave me and like everyone that knew him I will always miss him.

If I ever manage to get up to heaven, which is surely where he is, the first person I want to meet is Edmund Dolan.

Thanks for everything Edmund. Rest easy and be happy in heaven. Goodbye my friend for now.

The death occurred, peacefully at home, surrounded by his family and neighbours, on Tuesday, June 7 of Edmund Dolan, Kiltycon, Moyne, Longford. Pre-deceased by his parents and brothers Mattie (Dublin) and Michael. Edmund will be sadly missed by his loving family, brother Gerard, nieces, nephews, sisters-in-law Junette, Kathy (London) and Carmel (Dublin), grandnieces, relatives, neighbours and a wide circle of friends. May he rest in peace.
Edmund reposed in Glennon's Funeral Home (Eircode N39 EC81) on Thursday, June 9 from 5pm concluding with prayers at 7pm. Edmund's funeral cortege left Glennon's Funeral Home on Friday morning at 11am, travelling via Ballinamuck to arrive at St Mary's Church, Legga, for Mass of the Resurrection at 12.00 noon, interment afterwards in Tubberpatrick Cemetery.