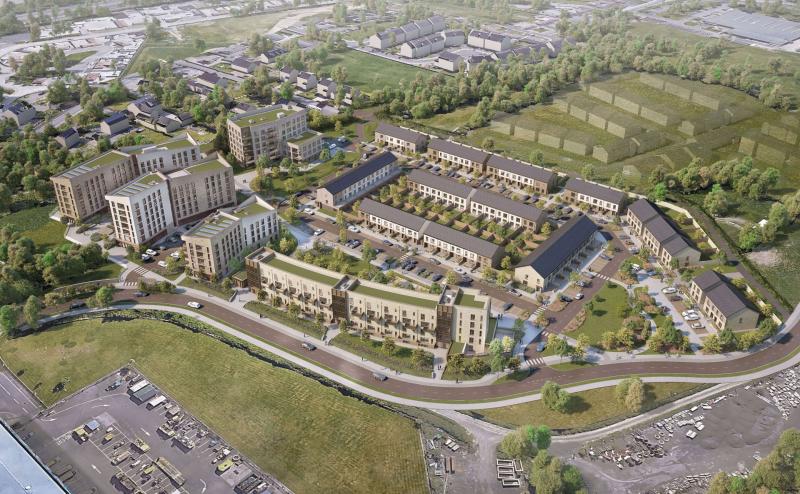 An Bord Pleanála has given the green light to Longford developer and former Athlone IT student Mark Cunningham for a multi-million euro upgrade of the midlands based university.

The state’s planning appeals body has given the go-ahead for a  283 bed student campus along with 127 residential houses and apartments to be constructed on grounds close to Athlone Institute of Technology (AIT).

The third level institute was, together with Limerick IT, last October merged to form Technological University of the Shannon: Midlands Midwest, Ireland’s third technological university to be formally established.

The plans, which were lodged last August by former AIT student and Longford developer Mark Cunningham. The chartered engineer applied the State's Strategic Housing Development (SHD) to construct a 283 bed student campus along with 127 residential houses and apartments at Lissywollen, Athlone, Co Westmeath.

Jessica Thompson speaks to John and Johanna O’Hara ahead of their 150km trek along the Royal Canal Greenway in memory of their late son, Niall

‘Abandoned’: Child was hypothermic after being left wearing just a nappy in cold, wet conditions

The development site, otherwise known as 'The Green Quarter' fronts onto The Old Rail Trail Cycleway where connectivity to the new Athlone Technological University (TU) and Athlone Town centre for students and residents is proposed.

SHD legislation was introduced in 2016 in a bid to speed up the planning process by allowing developers to apply directly to An Bord Pleanála for housing developments of at least 100 units or student accommodation developments containing 200 beds or more.

At the time of lodging the application The former AIT student spoke of his own personal delight at being able to devise what promises to be one of the largest and transformational projects for his former alma mater.

"As a past student of Athlone Regional Technical College (RTC), I'm delighted to have the opportunity to apply for permission to construct a purpose built student campus which both reflects its new Technological University status and also Athlone's place as a regional growth centre in The National Planning Framework."