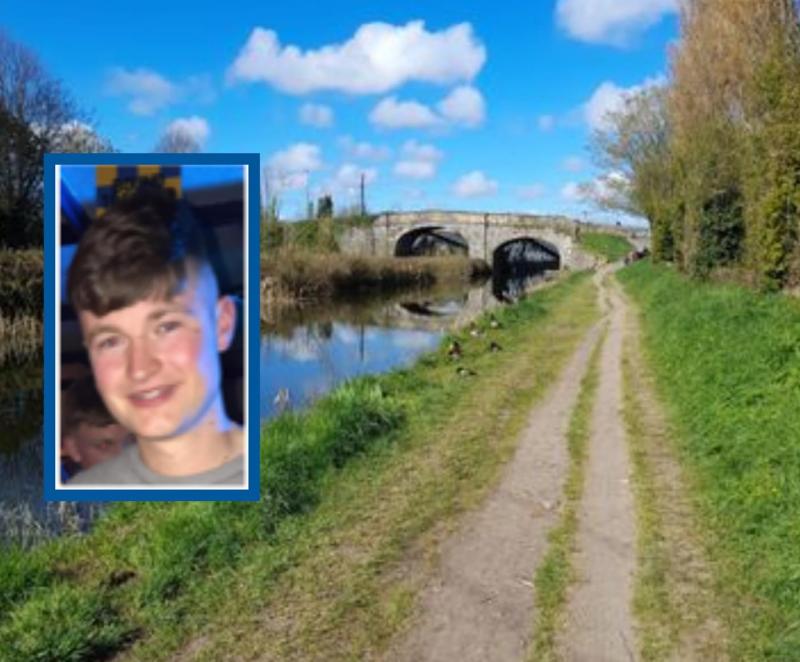 Jessica Thompson speaks to John and Johanna O’Hara ahead of their 150km trek along the Royal Canal Greenway in memory of their late son, Niall

On what would have been the late Niall O’Hara’s 21st birthday, his parents, John and Johanna, walked part of the Camino de Santiago in his memory.

“We found it so helpful to open up and talk to people while we were walking and we said it would be nice to do something similar in memory of Niall back home,” Johanna explained.

So began the planning process for ‘Walk a Mile in Memory of Niall’ which has already been a hugely successful fundraiser before the actual 150km walk from Muckerstaff to Maynooth has even begun.

The St Mary’s Granard GAA Club player tragically took his own life at the age of 20 in March 2019, leaving a hole in the lives of his parents and his brothers, Oisín and Liam, who are endeavouring to raise funds for Youth Suicide Prevention Ireland (YSPI) and Healing Untold Grief Groups (HUGG) - two very worthy charities that offer essential support to those who need it.

And so far those endeavours have paid off with a GoFundMe campaign already reaching double its initial €3,000 fundraising goal before the walk begins this coming Sunday, June 26.

“We’re overwhelmed, really,” said Niall’s dad, John, “people just want to help. It’s not an easy thing to talk about but it does show how communities come together.

“We love having the support of our local community and the local club. Nobody will ever know who it helps - it could help one person or it could help 20 people.

“But it’s our way of trying to raise awareness and to give back to two good charities.”

Since the GoFundMe campaign was set up on May 8, just over 140 people have donated very generous amounts, proving that a fundraiser doesn’t have to go viral if there’s a strong community behind you.

That’s certainly what the O’Hara’s have, as Niall’s name continues to be spoken and remembered in communities throughout Longford.

“We weren’t sure what goal to put down when we started this,” Johanna admitted.

“I didn’t really want to put down a goal but with GoFundMe, you have to, so we put €3,000. But some of the donations are so big, it’s amazing.

“The players at our local GAA club have set up their own group to raise funds among themselves and the club has agreed to match what they raise.

“It’s really encouraging people to open up about mental health.”

This was a hugely tragic event for the O’Hara family but, as Johanna explained to the Leader this week, they are now trying to do something positive so that others might open up about grief, mental health and other concerns.

“What we’re trying to do is create awareness and do some good,” she said.

The walk itself will kick off on Sunday, June 26, and finish up on Saturday, July 2. It will see the family take on a 150km trek from the O’Hara family home in Muckerstaff, Granard, to Maynooth, where Niall was a student for almost three years.

“We’re connecting his home with Maynooth where he was so happy,” said Johanna.

“To have the Greenway on our doorstep is amazing. Yes, we’ll have to start the walk from our own home to Clondra, but the Greenway makes it so safe from there.

“And the fact that the train runs alongside so much of the journey is incredible because that’s what connected Niall to Maynooth. So it will be so meaningful for us.”

The planning of this walk has been a help to John and Johanna who, following the tragic loss of their son, spent time grieving and struggling with the questions that are so often left behind.

“Planning this walk has gotten us out there meeting people again and talking about Niall,” said Johanna.

“With Covid, it was very easy for us to remain in that isolation but this has gotten us out again, opening up, talking about him and hearing Niall’s name mentioned.

“It’s so important for us to hear his name. Obviously, it’s in our heads all the time. We will never stop thinking about him. Niall is like a background song in my head all the time.

“But this will have others remembering him too and that is so important to us.”

Walk a Mile in memory of Niall

St Mary's Granard GAA club and community tragically lost a player and friend Niall O’Hara on March 18th 2019 and in his memory a 'Camino’ style charity walk is being organised by his family.

WALK A MILE IN MEMORY OF NIALL

Members of the public are invited to join the walk. Below is the schedule for the walk between Muckerstaff and Maynooth. More information can be found on a Facebook page of the same name. To donate, see a campaign of the same name on GoFundMe.com.