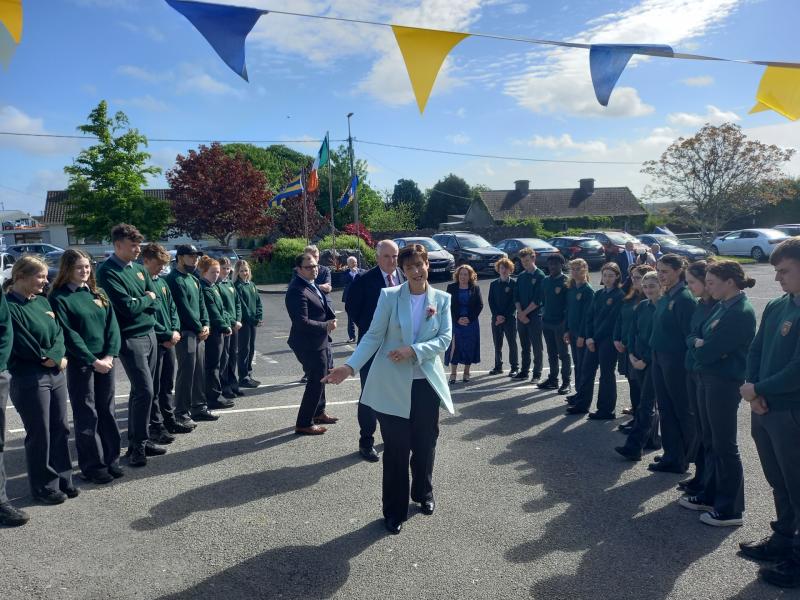 Ms Foley was in the south Longford town to rubber-stamp a five classroom extension to the school following on from its initial announcement last September.

The Kerry TD was greeted by a guard of honour from fifth and six year students before addressing pupils and teachers at greater length inside the school’s assembly hall. 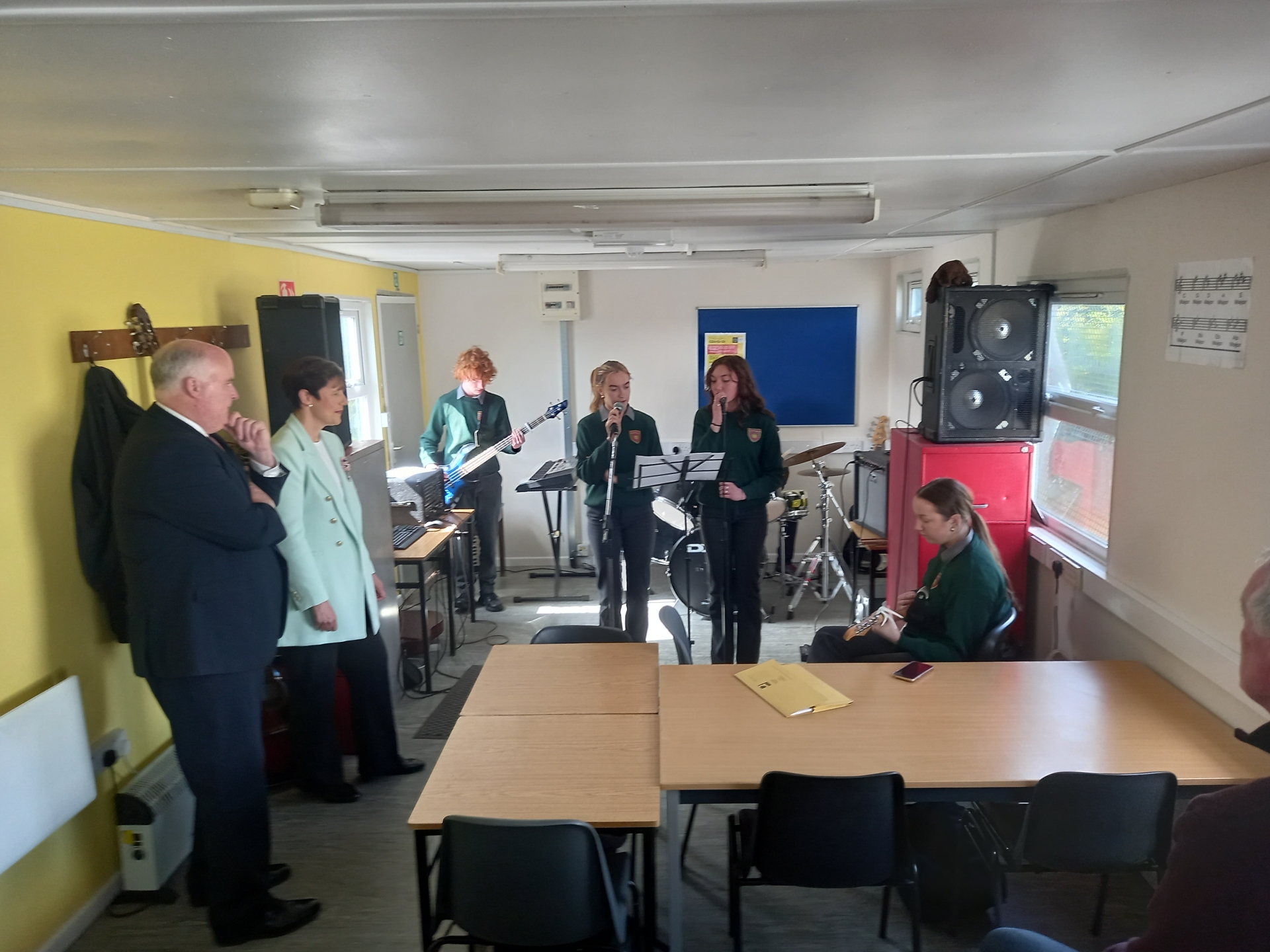 In complimenting those on the school’s student council who spoke of what Lanesboro Community College meant to them, Ms Foley said she was especially taken by the level of enthusiasm and energy which had been shown towards her.

“When we were doing the Leaving Cert there were only one or two options, but for Leaving Certs now there’s so many different avenues open to you,” she said.

“Always be aware, if one door isn’t open to you, there’s another three or four you can walk right through.”

School principal Hazel Hannon echoed those soundings as she paid testament to the efforts which students had displayed in the face of two years of coronavirus interruptions.

“Our students have shown a strong determination and resilience in these most trying times,” she said.

“Not only have they engaged with their teachers as learners, but more importantly they have taught us and we have learnt so much from their example.” 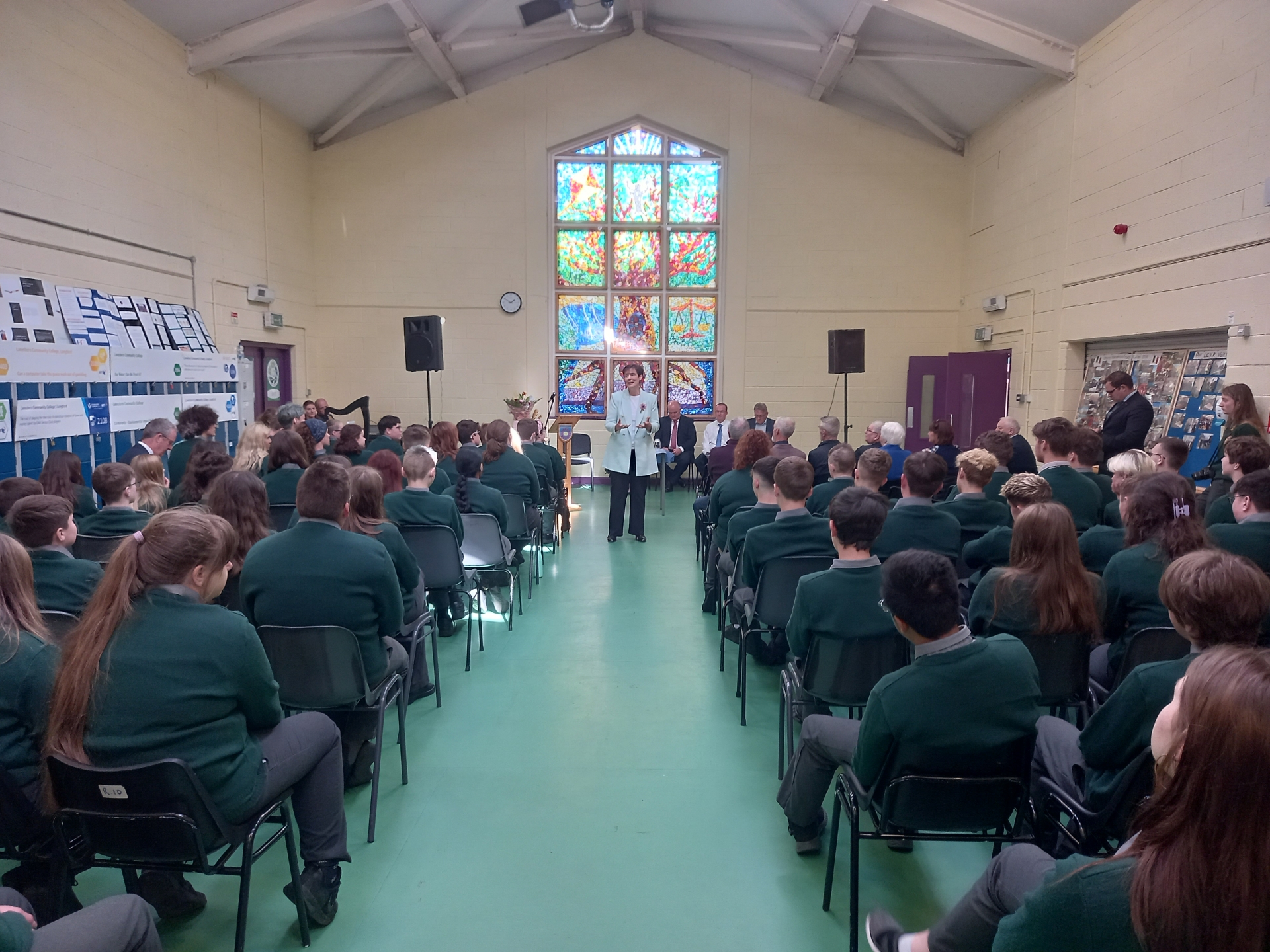 Speaking outside before heading on to visit three further schools in line for capital investment in Ballymahon, Ms Foley said while she could not put an exact figure on the overall cost of the project, it was an investment “in the tens of millions”.

When asked if that figure might have to be revised given spiralling inflationary and building material hikes, Ms Foley remained tight-lipped.

“We are very conscious of those issues particularly from a construction point of view and Minister McGrath has made provision in that respect,” she said.

“It is very important the building projects we have in education that they will continue and I think it is important to note that during lockdown particular consideration and exemption was given to school developments because it is a priority for government.”