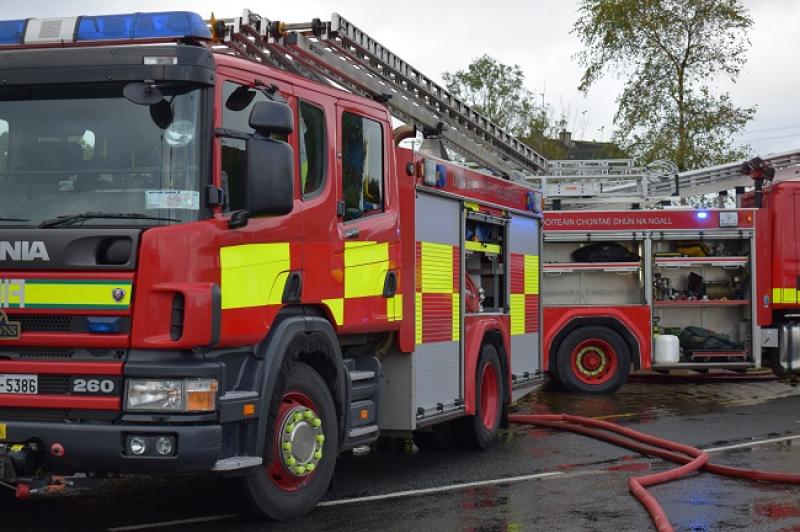 'Incredible' that Ballymahon does not have up-to-date fire station

Longford Senator Micheál Carrigy has said that 'it is simply incredible to think that a town the size of Ballymahon does not have an up-to-date, up-to-standard fire station. I ask that priority is given to the provision of a fire station for the town, now that a site, in the ownership of Longford County Council, has been identified."

Senator Carrigy made his remarks during a commencement matter in the Seanad in relation to getting department to provide an update on the new fire station in Ballymahon which is presently located in a hired out industrial estate in the middle of a housing estate.

Longford judge ‘takes a chance’ on man with theft charges

He outlined, "At present the fire station in Ballymahon is located in a hired out industrial estate in the middle of a housing estate. It is not suitable for a town of its size.

"It is more than two and a half years since Longford County Council submitted a request for a new fire station for the town. Since then Center Parcs has opened in Ballymahon. It is the biggest tourism infrastructure project in the country. The park attracts between 2,000 and 2,500 visitors to the town each week.

"The fire station has nine retained staff. In 2021, there were 53 call outs and there have been more than 30 call outs so far this year. These consist of fires, road traffic collisions, ambulance assists and special services. The firefighters there are trained as cardiac first responders and emergency fire responders.

"Along with this increase in population there is Center Parcs, Thomond Lodge nursing home and retirement village, a large daycare centre in the town, the Kepak processing plant, which is a large employer in the town, and numerous other units. The town is also home to St Matthew's Primary School, one of the biggest primary schools in the county. There are also two post-primary schools in the town with Ballymahon Vocational School and the Mercy Secondary School. Ballymahon fire service also covers areas in the boundary of County Westmeath."

Minister of State at the Department of Housing, Local Government and Heritage, Deputy Peter Burke, confirmed that Ballymahon has now been included on the Department Capital review list.

Minister Burke said, "In recognition of the current economic situation faced by the State because of Covid-19, the speed and extent to which proposed expenditure can stimulate local economies will also be a key consideration in the first few years of the new programme. Longford County Council has indicated that the replacement of Ballymahon fire station, at an estimated cost of €1.7 million, and that was in August 2021, is its priority. The council has submitted a preliminary appraisal and outline plans to the Department, and I understand a site has been identified, as the Senator quite rightly pointed out in his opening contribution.

Senator Carrigy replied, "I thank the Minister of State for ensuring Ballymahon fire station has been included in the list for review. That is extremely positive from a County Longford point of view and I thank him for supporting the move. I would be very hopeful this would be positive when it comes to quarter 3. Longford County Council has a good track record in delivering quality work, not just in our stations but also in libraries etc. I look forward to a positive answer in quarter 3 of 2022."