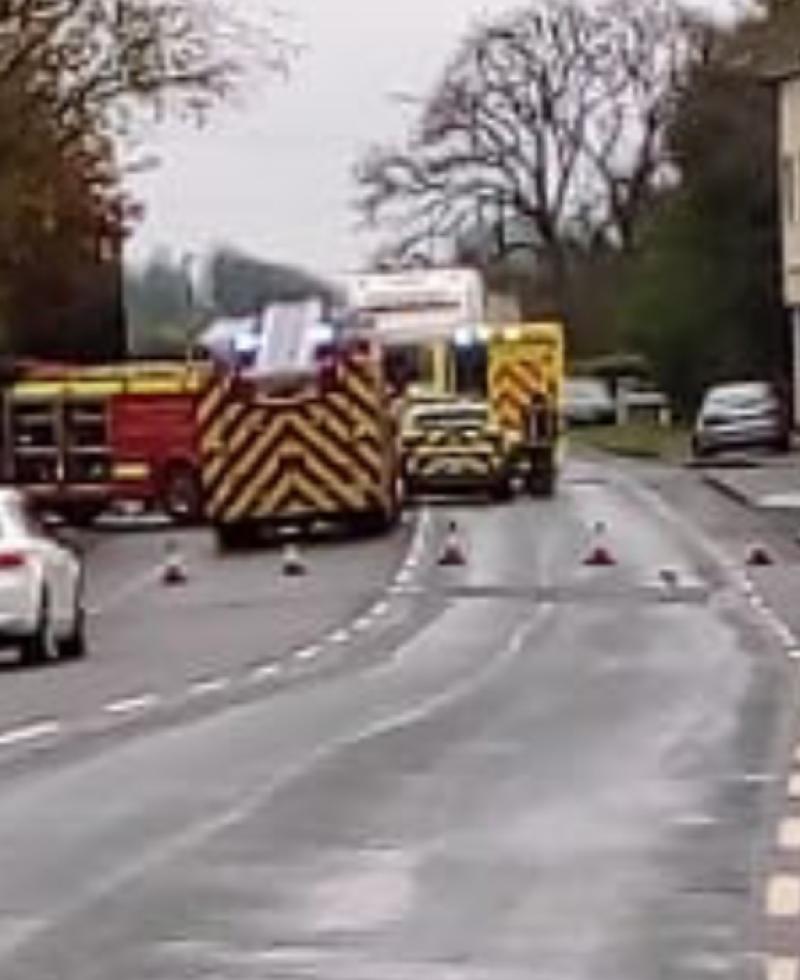 Gardaí have launched a public appeal for information into the circumstances behind a road crash in Granard this morning that has left a woman in her forties fighting for her life in hospital.

As first revealed by longfordleader.ie this morning, the woman who is from eastern Europe, was seriously injured when the car she was driving collided with a lorry close to the entrance of the north Longford town's Cnoc Na Greine housing estate at around 10:30am.

She was flown by air ambulance to Tallaght University Hospital for treatment to what were described as serious injuries.

Gardaí have tonight confirmed the woman is now in a critical condition in hospital. A young female child, who was also in the car, was taken to Cavan General Hospital for treatment to what have been described as non-life threatening injuries.

The male driver (late 20s) of the lorry was uninjured.

The road was closed this morning while Garda Forensic Collision Investigators conducted a technical examination of the scene before it was reopened earlier today.

In a statement, the Garda Press Office said: "Gardaí in Granard are appealing to the public for information in relation to a serious road traffic collision that occurred on the Ballyjamesduff Road, Granard, Co. Longford this morning Saturday 30th April, 2022.

"Gardaí are appealing to any person who may have information in relation to this incident to contact them.