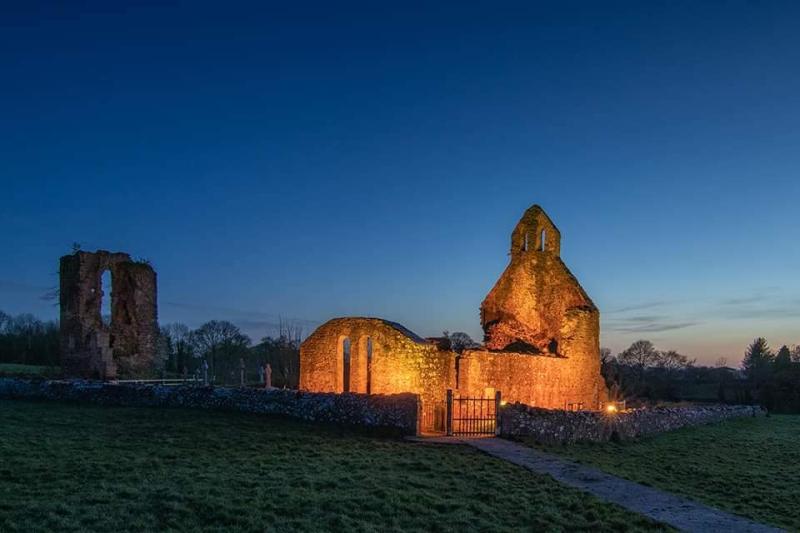 The Minister of State for Heritage and Electoral Reform, Mr Malcolm Noonan, TD, has announced the award of grants for a wide range of archaeological heritage projects under the Department’s 2022 Community Monuments Fund, including two in county Longford.

Building on the impact of the scheme last year under which 139 awards were granted to an amount of just under €4.2 million, this year 128 projects are being supported with an overall investment of €6 million.

The news has been well-received, particularly in south Longford where the Abbey is a popular monument.

"I welcome the good news from the Department yesterday with the allocation of €84,974.75 under the Community Monuments Fund to continue the improvement works on the Abbey in Abbeyshrule," said Cllr Mick Cahill.

“I am delighted to announce the Community Monuments Fund awards for 2022.  The increased funding we are announcing today of €6 million to 128 projects will help protect our wonderful archaeological heritage and make it more accessible to the many who cherish it.

These awards help us to deliver on various commitments under Heritage Ireland 2030, the new national heritage plan launched earlier this year. It will provide further supports for communities and custodians and the heritage sector, for archaeologists, conservation architects, stone masons, and other professional trades.

These projects will also help build resilience against extreme weather and mitigate the impacts of climate change, a priority action embedded in our Climate Adaptation Plan.”

“I want to commend our National Monuments Service for their huge effort in managing the scheme and the Local Authorities for their incredible support in administering applications. I am particularly happy that we are helping to meet the ambition of local communities across Ireland in protecting their archaeological heritage.”

"Our archaeological monuments provide a sense of place to rural communities, villages, towns and cities across the country. With my colleague, Minister of State Malcolm Noonan, TD, we have grown this Fund yet again from last year to have a real impact on communities and the monuments. The wide range of projects which have been included are testament to the rich history which surrounds us all.”

"The remarkable impact and success of the Community Monuments Fund is a result of the close working relationship between our Department’s National Monuments Service and Local Authorities- the Archaeologists, Conservation Officers, Heritage Officers and planning and administrative staff and partnership with communities- showcasing their valuable role in protecting and promoting Ireland’s heritage. On foot of this weeks’ celebration of heritage through the International Day for Monuments and Sites, otherwise known as World Heritage Day, it is really fitting that such support is shown for our archaeological heritage.”