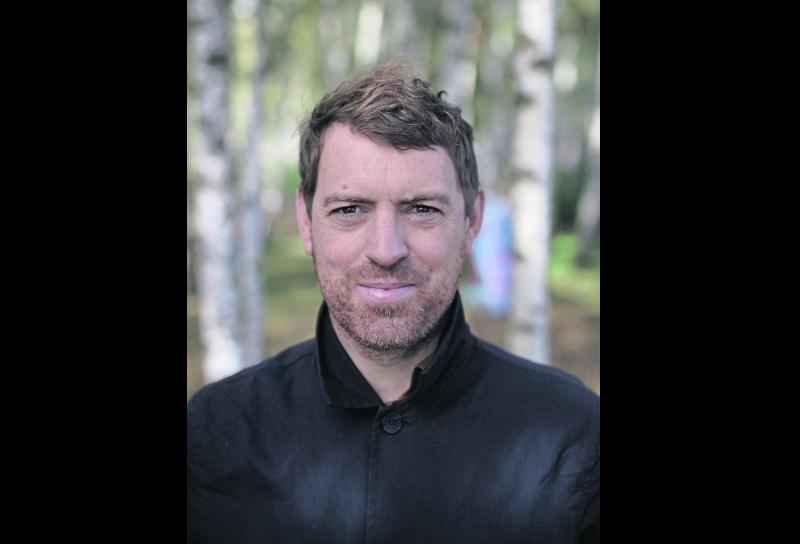 It has only been a year since Ballymahon author Adrian Duncan released his last book, Midfield Dynamo. A year previous, he released A Sabbatical in Leipzig and a year before that, his debut novel, Love Notes from a German Building Site, which won the inaugural John McGahern Annual Book Prize was released.

This month, the Berlin-based author has released The Geometer Lobachevsky with Liliputt Press, marking his fourth book in the space of just four years.

One could be forgiven for thinking the Ballymahon man is a writing machine, churning out publication after publication but a conversation with Adrian proves there’s more to it than that.

“The thing is, the first book took five years to write,” he told the Longford Leader this week.

“And I started writing 12 years ago, so it’s really four books in 12 years. It’s just because Love Notes took five years and, once that was accepted, it was as if LiliputtPress had just lifted a giant concrete helmet off my head.

“Then the short stories came out the year after. But I’ve been working on those since 2008 so they were there already.”

Adrian can often find himself working on a number of different books at the same time, taking one as far as he can before needing a break. But, while taking a break from the first book, he’ll begin another, working on that for a month before moving on to another book or short story.

“And then before I know it, I’m away from the first book for three months so I hop back onto that,” he explained.

“I think I can do that because when I was an engineer, I would have two or three buildings in my head and that was just normal and it wasn’t difficult to keep them there, even though they were changing as they went. That’s just how I work.”

The Geometer Lobachevsky tells the story of Nikolai Lobachevsky, mathematician, surveyor and great-grandson of his illustrious namesake.

“Back in the 19th century in the 1840s, there was a very, very famous mathematician called Nikolai Ivanovich Lobachevsky and he made a discovery about geometry and curves,” Adrian explained.

“And he’s considered a genius of geometry. So he’s a real person. And the Lobachevsky in my book is a great grandson of his. I have no idea if such a person existed - he’s a fiction as far as I’m concerned.”

The idea for the book came from Adrian’s interest in the very early stages of Bord na Mona and his research of CS Andrews who travelled to Russia and Germany to find out how to drain the bogs.

“When I came across this book by CS Andrews called Man of No Property, he talks in detail of his time as the CEO of Bord na Mona and I just thought it was amazing - an Irish man going over in 1935 to Soviet Russia to learn how to drain the bogs,” said Adrian.

“And I just loved these scenes where he was describing the men going out with Russian technicians onto these big Russian bogs and learning do it. And then they brought the technology back to Ireland.

“So the book starts in 1950 and there’s a man doing a survey who met a Russian guy called Lobachevsky when he was over looking at the bogs and they stayed in touch. And now he needs help with his survey and that’s why that Lobachevsky guy is over on a state visit, helping to survey a difficult piece of land in Ireland.”

Lobachevsky is soon summoned by a telegram back to Leningrad for a ‘special appointment’ and instead goes into hiding on a small island in the Shannon Estuary.

What is most fascinating about Adrian’s writing is his ability to a story from the technical skills he has used as an engineer.

“When I was an engineer, my daily language would’ve been a branch of mathematics and a branch of geometry. I can see it all very clearly,” he said.

“But what I don’t want to do is be too literal. So I try to use the natural landscape of the island and the estuary and the movement of water and this kind of stuff also as ways to talk about geometry and show it in the reader’s mind without being too literal.

“It’s also utterly addictive and kind of amazing. You’re just making worlds out of words. You’re not doing anyone any harm and nobody even has to read it. But I’m addicted to that.”

The Geometer Lobachevsky is available via www.liliputtpress.ie.