Smiles all round as parade fever returns to Longford 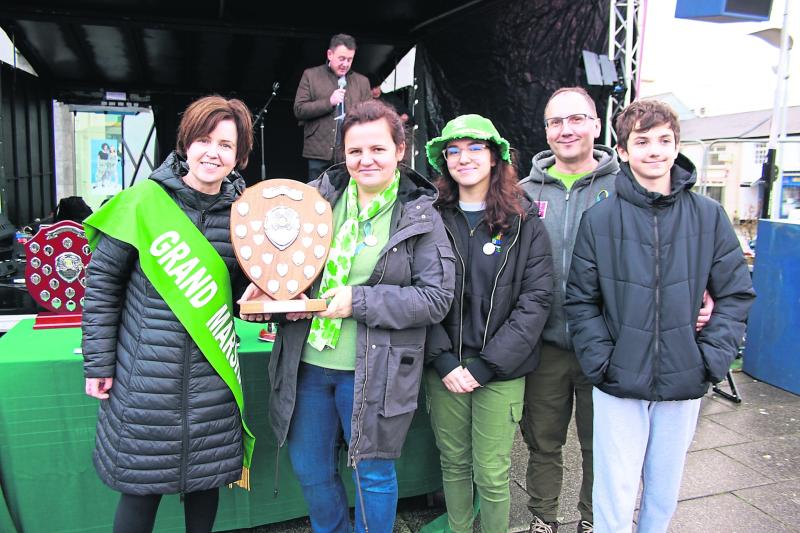 Longford turned into a sea of green last Thursday as the county marked the long awaited return of its St Patrick's Day parades in breathtaking fashion.

Three years on from the last time the shadow of St Patrick graced the county in 2019, Longfordians turned out in their droves to celebrate what was one of the most colourful, musical and vibrant celebrations of Ireland's national feast day in recent memory.

Organisers had long promised a spectacular return for parades in both Longford and Ballymahon and the fruits of those labours certainly didn't disappoint.

Evelyn and Enda Neary of local charity Cian’s Kennels led in the region of 70 vibrant floats and other eye catching displays through the streets of the county town as spectators, both young and old watched on in quiet admiration.

Evidence of the day's unequivocal success was certainly not lost on Longford Chamber of Commerce President Fiona Fenelon.
“Longford is on the up and we on Chamber endeavour to support local business which is more important now than ever,” she said.

In heaping praise on both the parade's chief sponsors, Longford County Council and Mulleady Properties, Ms Fenelon said the results of last Thursday were equally attributable to the unstinting support which had come from local publicans and business owners.

“The St Patrick’s day parade is what community spirit is all about. The effort that has gone into the preparations is immense,” she said.

One of the chief exponents behind the parade, Lisa Brady, came in for specific mention as did the umpteen “unsung heroes” who volunteered their free time to ensure proceedings passed off without hiccup.

One of the more intriguing attractions added to this year's showcase was the inclusion of a sensory area along Ballymahon Street, which was spearheaded with the aid of Longford Autism Awareness.

“The feedback, especially from veteran stewards and veteran participants in the parade was incredibly positive,” added Ms Fenelon.

The chamber chief said that response came despite the afternoon's unsavoury weather conditions and in the shadow of Covid-19.

“It did impact things and there were people and floats who had to pull out less than 48 hours before the event, so to have the success we did was great to see,” she added.

As revealed on the Leader's website, longfordleader.ie in the wake of last Thursday, Ms Fenelon alluded to how not a single incident of public order was reported throughout the course of the day and evening.

“The fact we had thousands of people in Longford for much of the day just goes to show that the county can put its best foot forward and show that it is an attractive place to live, work and do business in.

“Longford has plenty going for it and last Thursday proved it in every possible way.”

A bold statement it may be, it's one which the county and the vast majority of its 40,000 plus citizens can be justifiably proud of.