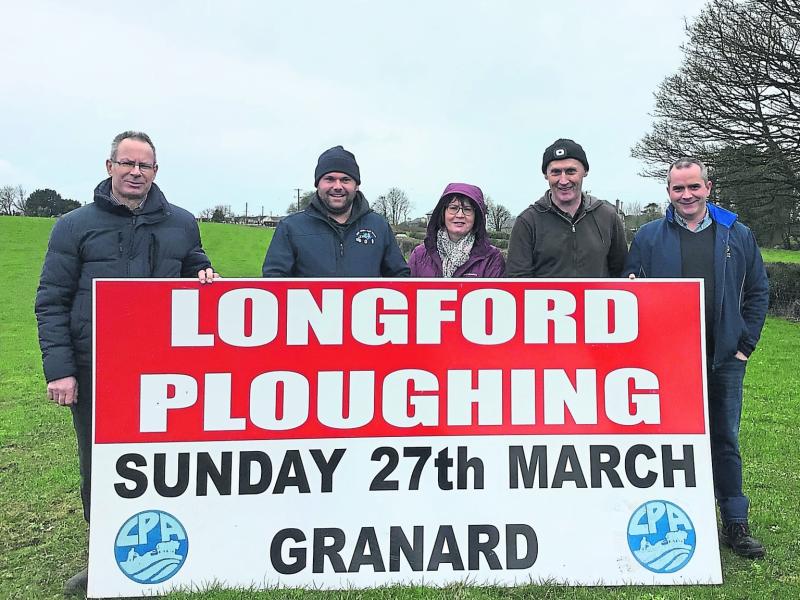 Two years on from its last staging prior to the onset of Covid-19, the county Longford Ploughing Championships is back in the north Longford town of Granard.

Its setting is on lands owned by John and Helen Kiernan from Carragh, a husband and wife duo who are synonymous with all that is good about local community life.

“The whole story of the Kiernan’s goes back to forever and a day,” said John as he looked ahead to what lies in store this coming Sunday.

A through and through Granard man, John’s ancestry can be traced back to the Battle of the Boyne in 1690.

His late father, alongside fellow Granard man Tommy Quinn, were the main protagonists behind the renowned Granada dancehall during Ireland’s famous showband era.

Fast forward the best part of three decades, the Kiernan name is very much front and centre in one of the most eagerly awaited events on the county’s local calendar.

Thanks to John, the return of Co Longford’s Ploughing Championships after a two year hiatus will take centre stage on a 20 acre site just off the main N55 at Carragh, Granard.

For John, the chance to step in and aid an association he holds in the utmost of esteem was simply too good to turn down.
“It will be fantastic to see it returning,” said John.

“With everything that has gone on the last two years, it is something to look forward to and give people that little release.

“My brother was to host it two years ago but he subsequently retired and leased the land. I didn’t want to see it leaving the locality as it is such an important event.”

As one would expect, to put your name forward as a potential host for one of the region’s leading showcases requires at least some form of agricultural know-how.

And, not surprisingly, John possesses that in abundance.

“My father handed over the land to me the year I got married in 1985, so you could say it’s in the blood.”

The mere mention of his late father is, you get the impression, a figure John still cherishes dearly more than 25 years on from his passing.

“He was a wonderful man, a real people person,” said John, as he paid a glowing tribute to his wife Helen for her unwavering support.

“He never had a formal education and was one of the things he really regretted in life.”

Whatever about the ins and outs of those grievances, the amiable father of three is keeping his fingers crossed Longford and its citizens turn out in large numbers on Sunday next.

“Traditionally, Longford is not a ploughing county like Cavan and Leitrim but hats off to the (Longford Ploughing) committee for making it the event it is and I must say the local gardaí and Inspector Dave Jordan especially have been so supportive,” he said.

As for any enticing urgings for those who have not yet experienced a county ploughing championships, John added: “It’s really a family day out. But, it’s also a chance to meet your neighbours and will only be the second chance for people to come together since St Patrick’s Day. All we need now is for the weather to pick up.”

Whether it does or not, ploughing come this Sunday is not just back on the local radar, but it is very much here to stay.