'Ar Ais Arís' was the theme of today’s Longford St Patrick’s Day parade, with those who lined the streets for the first parade since 2019 savouring the colour and magic of the occasion despite the squally rain showers.

The parade featured on the RTE Six One News with representatives from the Midlands Polish Community displaying their solidarity with Ukraine and winning the title of ‘Best Community Float’ which was presented to them at a ceremony in Market Square. 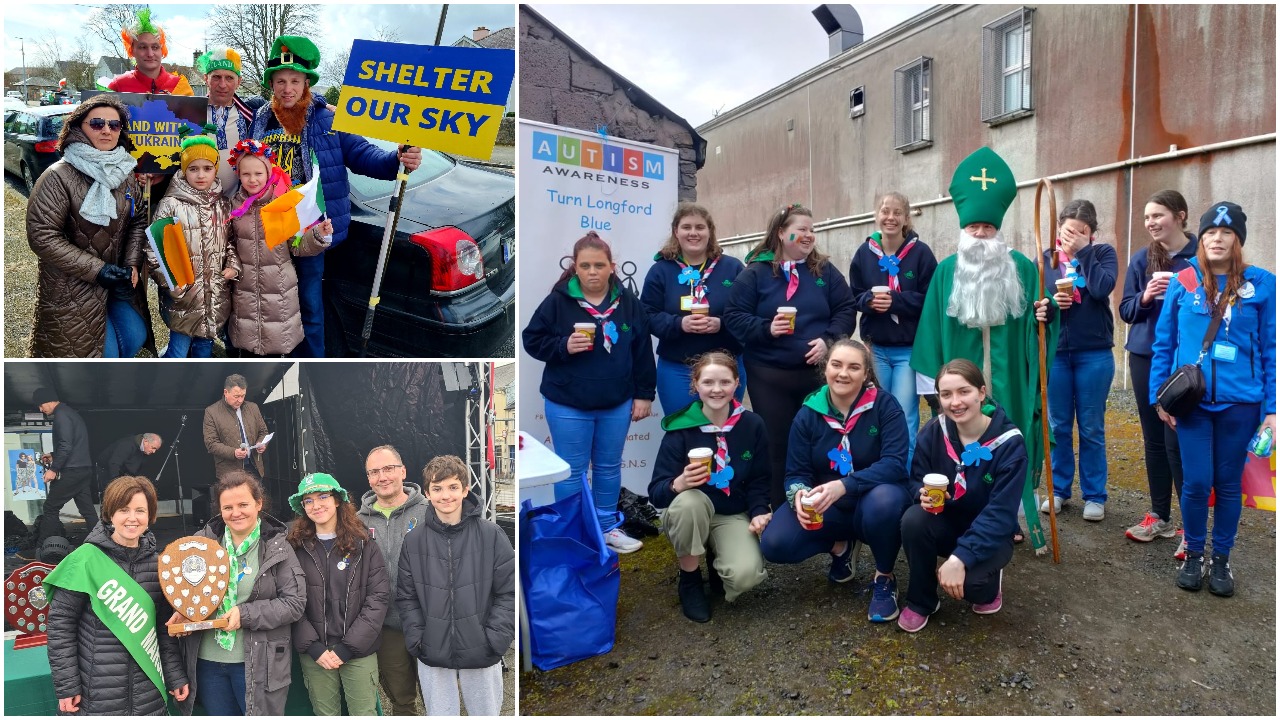 The theme of standing with Ukraine featured prominently, with Longford ICA Federation appealing for an end to violence and that everyone has a right to peace.

Evelyn and Enda Neary of local charity Cian’s Kennels were Grand Marshals for the 2022 parade.

Sporting organisations, including Longford Slashers hurling club and Longford RFC minis, were to the fore.

The Youth Endeavour Award went to the entry from Autism Awareness Turn Longford Blue and this was a fitting accolade as today marked the first occasion that there was a special dedicated sensory area along the parade route.

After the brilliant parade, Jimmy Jests (Jimmy Connell) was MC in the Market Square for a hugely entertaining performance of traditional Irish music.

A post shared by What’s On in Ballymahon (@whatsoninballymahon)

Spilled rain but that didn’t dampen the spirits of the huge crowd at #Longford #StPatricksDay parade ☘️ Well done to all participants and enjoy the rest of the day everyone #KilloeMensShed pic.twitter.com/VzjvqqU6Wk