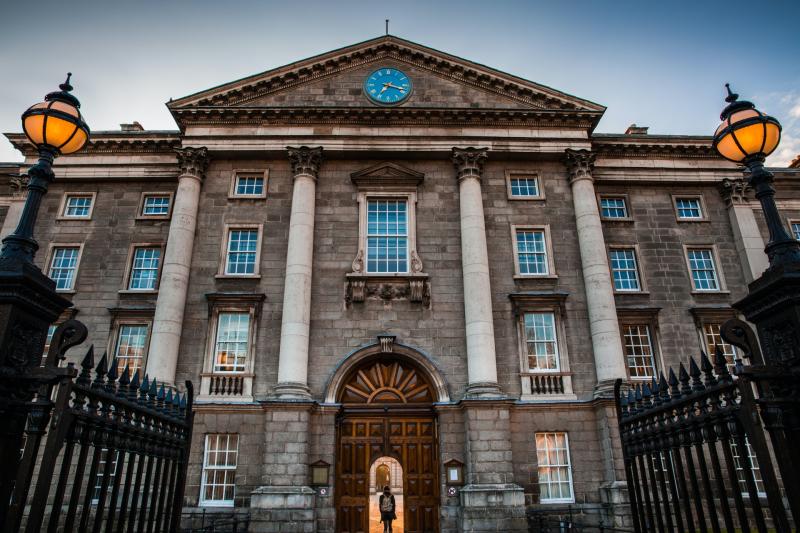 The entrance of the historic Trinity College Dublin. Picture: Stephen Bergin on Unsplash

Three students from Longford were among a record number of students from every county in Ireland and 29 countries overseas have been awarded Entrance Exhibition Awards from Trinity College Dublin.

The awards go to the students accepted into the first year of a full-time undergraduate degree programme who achieve the highest points among Trinity entrants from their secondary school, above a minimum of 500 CAO points (or equivalent).

Many former awardees have gone on to make a significant contribution to the economic, cultural, and political life of Ireland and beyond.

The awards were delivered in a virtual ceremony (view here).

Provost of Trinity, Linda Doyle, said: "We are delighted to celebrate the hard work and dedication of our talented students, especially in a year when their lives and studies were so badly affected by the Covid-19 pandemic. We are pleased that, since we revised the Entrance Exhibition Awards in 2018 as part of our commitment to boosting diversity, more and more schools are being represented, including a growing number from overseas. We wish them all the best in their studies at Trinity. Maith sibh go léir!"

Changes made to the awards scheme in 2018 meant that students who achieve the highest points among Trinity entrants from their secondary school with a minimum of 500 points in the Leaving Certificate (or its equivalent second level final examinations) are eligible for an Entrance Exhibition Award. This includes bonus points for Mathematics.

Previously, any students receiving 560 or more points (excluding bonus points) were awarded Entrance Exhibition Awards, which meant that up to 20 students from any one school could qualify.

The Entrance Exhibition Awards were awarded to 426 students from Leinster, 97 from Munster, 63 from Connacht and 61 from Ulster.

Awardees receive a certificate and a €150 book token.