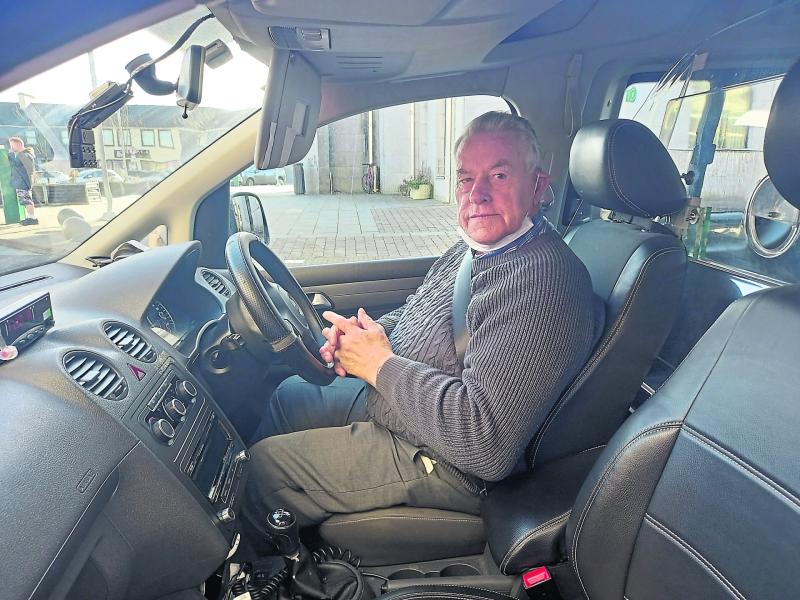 A simple, yet telling appraisal by taxi driver Pat Manicle this week as Longford's transportation industry faces up to arguably its greatest economic challenge in several decades.

Pat, like many others in his line of work, has seen fuel bills skyrocket in the face of crippling inflation and Russia's well documented invasion of Ukraine.

Pat said his income levels have tumbled by around 50 per cent overnight as a direct consequence.

“It couldn’t be any worse, only that it is going to get worse. I’m topping up every day,” he said.

“What I am getting now I am down nearly half of what I was getting.”

A tax driver for the past 12 years, the Longford town man said the ensuing crisis is the most onerous he has ever encountered.

Pat said the only option open to government chiefs was to look at reducing carbon taxes on fuel, but warned even those measures might not go far enough.

“It (fuel price increases) doesn’t give you any encouragement to get out of bed to do anything,” he lamented.

“I’ve never seen it as bad. I don’t know what the Government can do.

“They can maybe take some of the tax off fuel because there is a lot of tax on it.”

Like Pat, fellow taxi man Sean Mahon was patiently waiting for a fare when the Leader knocked on his window last week.

And, in keeping with the blunt assessment of his colleague, Sean admitted was he not in receipt of a pension, he would not even consider getting behind the wheel of his taxi.

“Insurance has gone up and then there is the servicing costs involved. Things are just very hard at the minute, it’s very difficult.”

Transport industry in crisis: Government under pressure to step in and aid cash starved local businesses
ADVERTISEMENT - CONTINUE READING BELOW