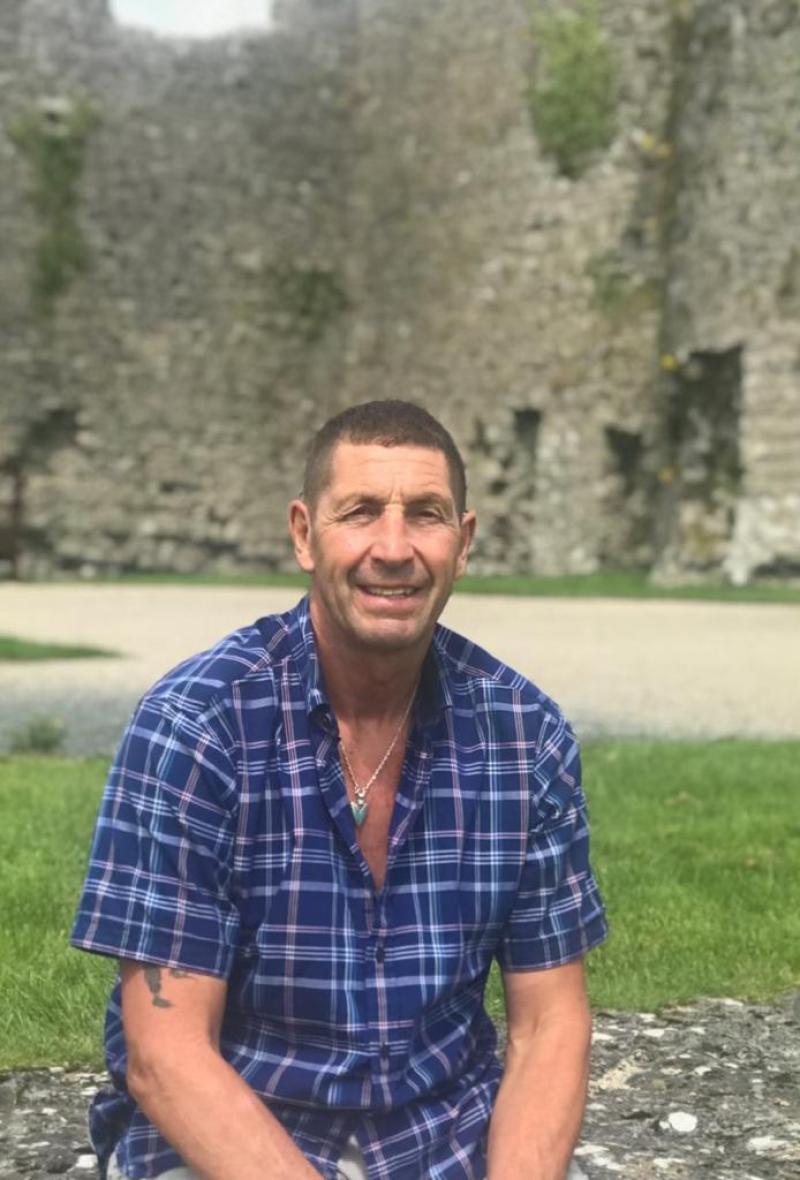 Ballymahon and surrounding communities were plunged into mourning with news of the death of Kevin Stanbury, which occurred on Friday, February 18.

Formerly of Morpeth, England, Kevin passed to his eternal reward, with his wife Pearl, and daughters Jasmin and Sophia, by his side, following a brave fight against cancer at Mullingar Regional Hospital.

Following a serious cycling accident in 2019, Kevin underwent surgery and owing to complications he was left permanently blind and shortly after this he was diagnosed with cancer.

Prior to his accident, Kevin worked hard and could turn his hand to anything providing for his wife and family.

The late Kevin possessed a huge love for soccer, rock music, stand up comedy and the outdoors.

Indeed, he completed many charity events like, Wicklow 200, Gran Fondo in Northern Ireland and The Ring of Clare to name a few. He also completed the Malin2Mizen cycle Challenge in 2017 in aid of the South Westmeath Hospice and Longford Hospice and Homecare which raised almost €60,000.

Despite the series of unprecedented and devastating health problems he endured, Kevin’s determination and resilience saw him give everything he had to help others.

And with the help of fellow musicians and friends, and having mastered the guitar, Kevin  succeeded in recording an album of songs in aid of Pieta House (which is available for purchase through Go Fund Me).

Kevin never lost his wit or personality. He was a kind, gentle individual who gave up his time to train Ballymahon AFC teams. He helped to raise money for a lot of charities down through the years doing cycling, running, triathlons events.

“He was a big guy with a big heart, who will be missed by many,” read one poignant tribute.

A warrior and a gentleman, Kevin will be deeply missed by his wife Pearl, daughters Jasmin and Sophia, his father Cliffy, sister Caron, brother Paul, brother-in-law Craig, nephew Stefan, and all the other many members of his family, and huge community of friends.

Kevin is predeceased by his mother Florence. He is lovingly remembered by his friends in Ireland, England, and Thailand, his neighbours and his colleagues, who joined him in many charity events. May his gentle soul Rest in Peace.

The late Kevin reposed at his home on Sunday, February 20 and his Funeral Mass took place on Tuesday, February 22 at 11am in St Dominic's Church, Kenagh, followed by Cremation in Lakelands Crematorium.

Kevin's family wishes to thank you for your support and sympathy, during this sad time. In particular, the paramedics, doctors, nurses, palliative care team and healthcare workers in Mullingar Regional Hospital, St James' Hospital and St Vincent's Hospital.