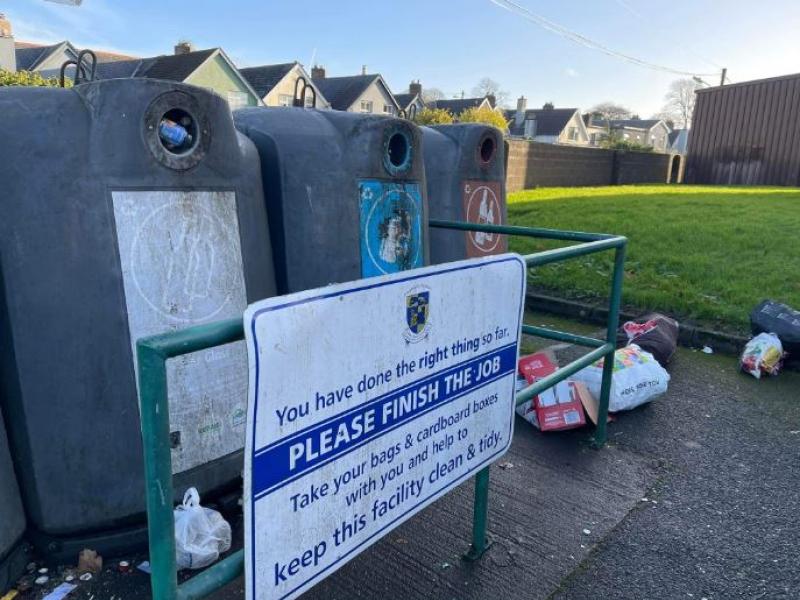 Anyone found illegally dumping at bottle banks in and around Longford town will face the full rigours of the law, it was revealed today.

The warning was issued after several bags of domestic household waste were found strewn across the ground at the county's town's Tesco Car Park recycling facility earlier today.

A number of images captured by the Leader showed how a number of items had been discarded just yards from peoples homes in a discovery which has since come in for stinging criticism.

"There's a sign there that clearly shows to take your bags and boxes with you," said a disgruntled Cllr John Browne, who said he would be bringing the issue to the attention of local authority environmental officials.

There was, however, a further cautionary sounding directed to anyone found to have illegally deposited refuse at the bottle banks.

Fianna Fáil Cllr Seamus Butler said it would not be a difficult task in identifying those responsible, revealing CCTV cameras were in operation in the area.

"We would do without this type of carry on at any time of the year, never mind Christmas," he said.

"Anyone who is spotted, they are very foolish as there is CCTV there.

"There is just no excuse for it and the council will prosecute anyone who is caught. We will name and shame them and they will be fined."

The long serving local politician said the emergence of fly tipping at the recycling facility was baffling given the availability of similar stations at Dunnes Stores, the Market Square and Annaly Car Park.

"There is just no excuse for it," he added.