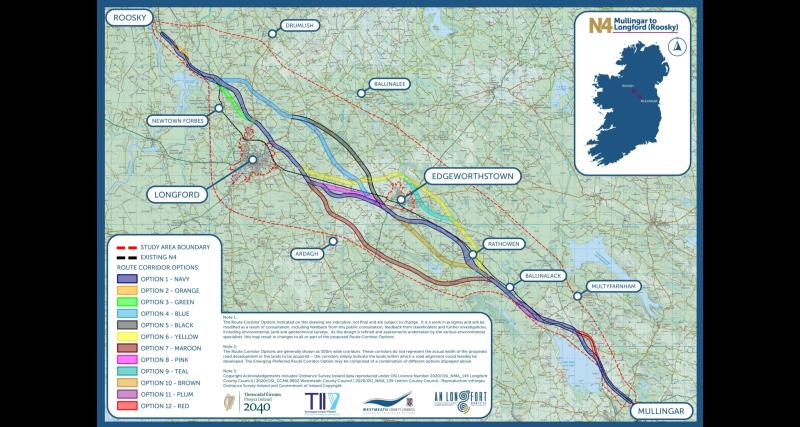 Transport Minister Eamon Ryan is facing growing pressure to intervene in a simmering political row which has resulted in no funding being allocated next year for the long awaited upgrade of the N4 between Longford and Mullingar.

It comes after Transport Infrastructure Ireland (TII) revealed in a report outlining funding for local authorities next year that “no funding” would be made available for the route but would be “revisited for 2023 and subsequent years”.

Longford-Westmeath TD and junior Enterprise Minister Robert Troy said he has sought fresh talks with the Green Party leader over the impasse.

“It's a matter of fact TII didn't allocate money this year for the project,” he said.

“It's a case of deja-vu, we have been here before. In 2010 when we (Fianna Fáil) were last in government, we progressed the project up to design stage before it was shelved.

“The simple fact is it needs to be progressed and I will be doing all I can to make sure it is.”

Longford Fine Gael Senator Micheál Carrigy described the decision as “simply not good enough” for a county in dire need of infrastructural investment to keep pace with its own economic growth.

“It's extremely important, critical in fact, for the economic development of the region, not just Longford but the north west,” he said.

To that end, the former Longford County Council cathaoirleach revealed he has joined forces with Sligo-Leitrim Junior Minister for Health Frank Feighan with a view to establishing a pressure group.

“This involves not just Longford, but Westmeath, Leitrim, Mayo, Sligo, Donegal, Roscommon and Donegal,” he said.

“We need connectivity to the regions. The north west isn't served by dual carriageways and it stops at Mullingar.

“It has to be a priority, simple as that.”

He was supported in those calls at local authority level by Fianna Fáil group leader Cllr Seamus Butler.

The long serving local politician fronted a delegation which delivered a presentation to an Oireachtas Transport Committee in 2016 in a move he vowed to repeat unless TII bosses have a change of heart.

“What galls me is that it is perverse in logic in that if you draw a map of Ireland, the gap is in the north west.

The projected cost of the project is expected to fetch somewhere between €550m and €650m with a construction timeframe still to be ironed out.

“It takes eight years to get a motorway off the ground in Ireland which is ludicrous,” he said, adding there was nothing stopping a capital project being fast-tracked within a four year period.

“There is more than one way to skin a cat,” stressed Cllr Butler.