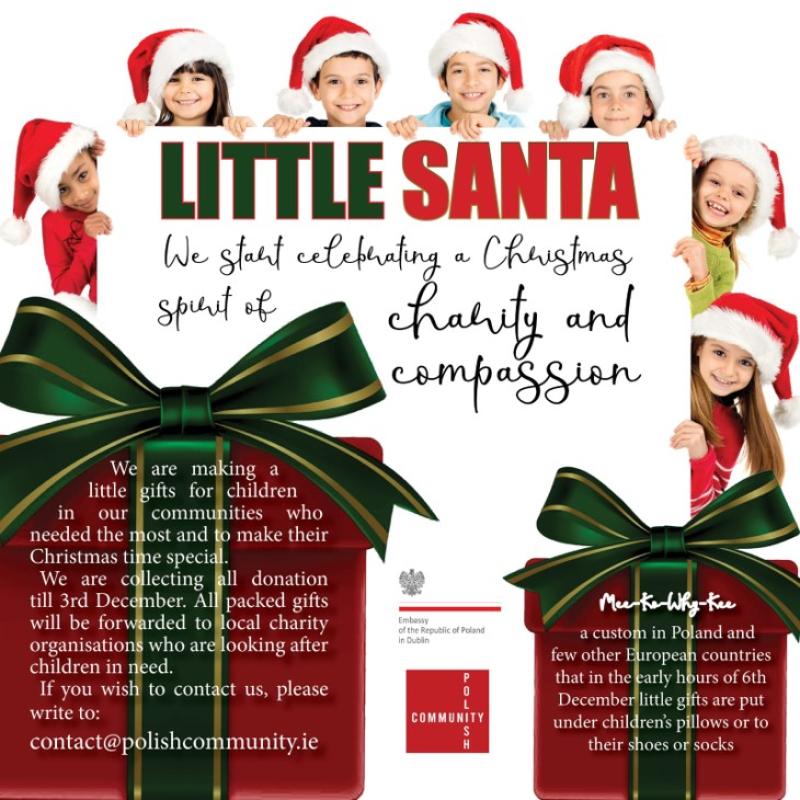 On December 6, Polish kids wake up to find little presents under their pillows. This lovely custom is also known in few other European countries.

This year, for the second time, Midlands Polish Community (MPC) brings this tradition to Ireland, donating presents to children in need across the midlands.

The response to the new initiative was very positive and all involved are looking forward to the second edition of the charity.

Reading habit: ’One of the greatest gives we can give our children’

This year several organisations from Athlone, Roscommon, Mullingar, Longford, Ballinasloe and Tullamore will be a part of this fantastic project.

Along with the support from Polish Embassy in Dublin, the funds were gathered during the Polish Independence Day event, that took place in Drum Community Centre at the beginning of November. They’re also few commercial partners involved, some of them supporting this initiative for the second time.

Wojtek Wrobel, Vice Chairman of Midlands Polish Community,  who is the brains of the entire operation, hopes that Mikolajki (Little Santa) will become an annual event that will own the hearts and have a place in the Christmas calendars of local communities.