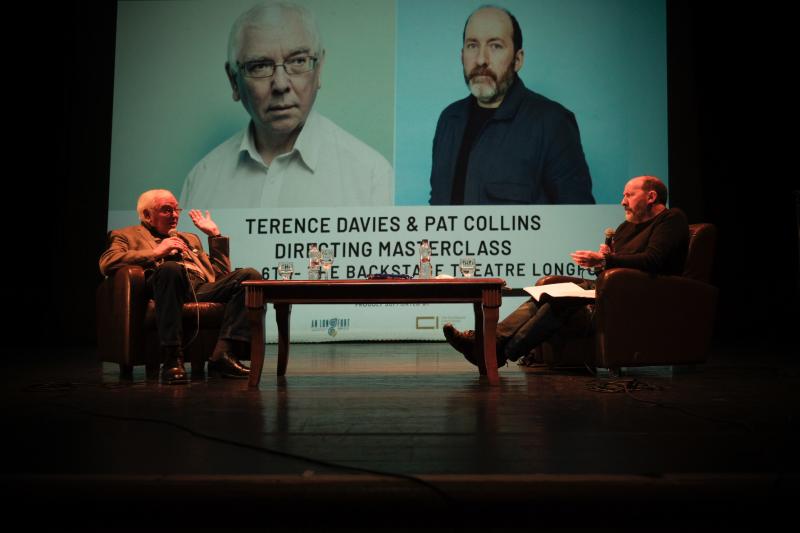 The fifth annual Still Voices Short Film Festival was a huge success last weekend as filmmakers and film enthusiasts alike flocked to venues across three counties to enjoy a wide range of screenings, panel discussions and other events, with something for all ages.

This year, Still Voices stretched its wings a bit and, instead of hosting the entire festival in Ballymahon, it spread out to Roscommon and Westmeath, thanks to support from Creative Ireland.

The festival kicked off on Thursday with a range of events, including a screening of Cinema Paradiso, a number of student shorts, as well as the always popular Made in the Midlands segment.

Over the days that followed, patrons could drift between venues to take in the fantastic standard of shorts on offer this year, with some excellent features screened throughout the weekend.

One of the best-attended events of the festival was a screening of Distant Voices, Still Lives by renowned filmmaker Terence Davies at the Dean Crowe Theatre in Athlone on Friday night.

This screening was followed by an insightful Q&A with Terence himself, who has since become the festival’s first cultural patron.

Festival Director, Ronan O’Toole explained that this year’s festival was “a tremendous success”.

“We couldn’t have hoped for a better way to celebrate our fifth anniversary,” he enthused.

“Even with Covid still an issue and the need for bigger venues, our collaborations with our neighbours in Westmeath and Roscommon were just wonderful.

“Of course for us having the legendary Terence Davies at the festival was the highlight. The masterclass with Pat Collins was truly special.

“Our panel discussions were a great success, including pursuing a career in the arts panel with Longford artists John Connell, Karen McGann and Michael Keegan-Dolan.

“It was great to have live events back and getting to meet artists in person again. Having the local artists and film lovers coming in to chat with us and watch some really terrific short films is always our favourite part.

“Ballymahon has really become a home for cinema and we hope to be back in full for next year’s festival.”

He also gave a shout out to other Longford artists such as Dani Gillfor the incredible creative work they do for the county.

For more information on Still Voices Short Film Festival, or for updates on next year’s festival, see stillvoicesfilmfestival.com or follow Still Voices on social media.