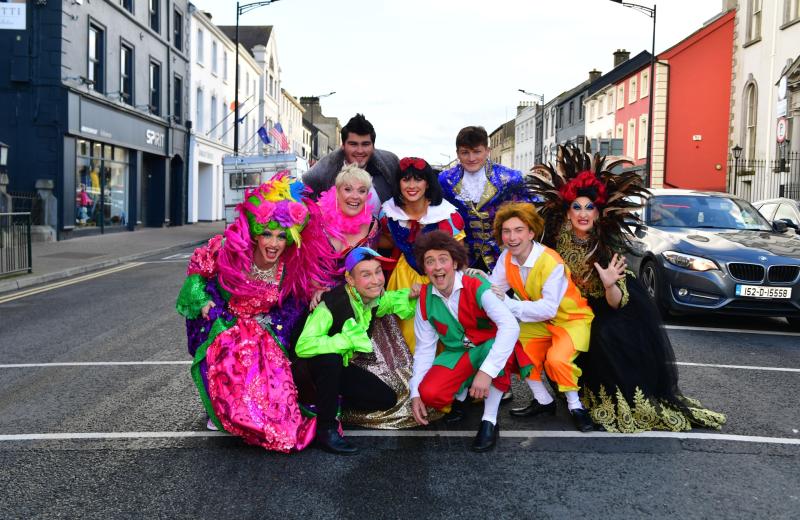 The cast of Snow White ready to perform in December Picture: Frank McGrath

Following the huge success of their Panto Cinderella in 2019, Stray Cat Productions are back this year with the Panto Spectacular Snow White. This ‘Traditional Style’ Panto is for all the family and is not to be missed.

After almost two years of the world interacting on Zoom, the panto will feature a ‘Virtual Magic Mirror’. The mirror will be played by Irish comedy legend June Rodgers.

Ugly sister (in Cinderella) Colin Flynn returns to play ‘Daisy Doolittle’ - no daddy in the audience will be safe! There’s a Longford debut for Jordan Bass as he takes on the role of the handsome ‘Prince Harry’. Jordan recently performed in the highly acclaimed West Side Story concerts in The Bord Gáis.

Lots of local talent will take to the stage including Valerie Shiels as ‘Queen Evilene’, Leia Victory and Niamh O’Brien will share the role of ‘Snow White’, Davy Flaherty and Iarlaith O’Rourke play ‘Tik & Tok’ and Conor McLoughlin plays ‘Igor’.

The chorus of dancers includes over forty students from Evolution Stage School. St Mel’s College will be once again converted into a Panto Theatre with amazing lights, sound, production and over 400 seats.

Snow White is Written and Directed by Pat McElwain, choreographed by Tracey Carty, musically directed by Paul Hennessy, with Gerry McCann as Stage Manager. Tickets are selling very fast so don’t delay; you won’t want to miss this huge event in Longford Town this Christmas.

Snow White is supported by Longford Tourism and The Longford Arms Hotel. Snow White opens on Dec 20 with a special opening night offer of €15. Tickets available from www.gr8events.ie.