Film Festival: Still Voices kicks off this week, from November 4 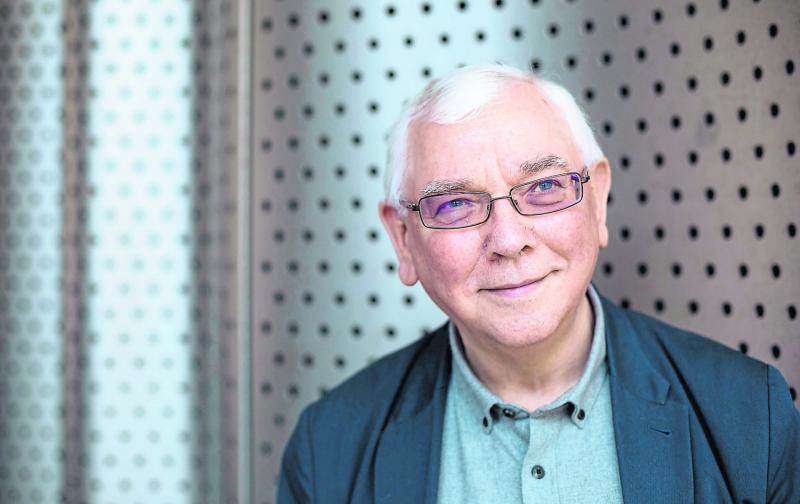 While we are still based in Ballymahon - birthplace of the great writer Oliver Goldsmith - as the festival has grown, we are now utilising larger venues across Longford, Westmeath, and Roscommon. We can't wait to welcome back live audiences once again in celebration of all things film!

This year’s festival sees a jammed-packed programme of events with a superb line-up of truly amazing short films available both in-person and online over the festival weekend.

Along with our stellar short film programme, there are multiple feature films to indulge in. Kicking off the festival on November 4 at 11am in Mullingar Arts Centre, we have a new initiative ‘Creative Ageing’, which aims to deliver art for all age groups.

The annual Made In the Midlands programme returns with a wonderful section of short films shot locally across the Irish Midlands. Made in the Midlands screens on November 4 from 7 – 8pm in Ballymahon Library Co Longford and online November 5 from 10am via stillvociesfilmfestival.com.

The Opening Night film, winner of Best Irish Film at the Galway Film Fleadh, the Cavan-based ‘Redemption of a Rogue’ screens in the Rustic Inn Abbeyshrule, Co Longford on November 4 at 9pm.

To celebrate our fifth anniversary, Still Voices are delighted to welcome acclaimed director Terence Davies to the midlands for a special screening of his 1988 masterpiece ‘Distant Voices, Still Lives’ (after which the festival took its name).

This in-person event will take place on November 5 at 8pm in the Dean Crowe Theatre, Athlone, and will be followed by a conversation between Davies and film critic John Maguire.

The following day, November 6 at 4.30pm, Davies will participate in a directing masterclass with renowned Irish filmmaker Pat Collins at the Backstage Theatre, Longford. Davies and Collins will discuss the filmmaker’s long and varied filmography, his film-making style and unique sensibility.

This event is brought to you in partnership with Screen Skills Ireland and is open to both professionals and non-professionals alike.

Davies will also receive the inaugural ‘Still Voices Visionary Award’ for his significant contribution to the art of cinema.

Family-friendly screenings and our children’s animation workshop also return as well as industry panels for established and budding artists alike.

On November 6, Dead Centre Brewery, will host a number of fascinating panels including a Casting Workshop with Casting Director Priscilla John (The Fifth Element, Captain America: The First Avenger, Logan) and actor Antonio Aakeel (Tomb Raider, Dublin Murders, Granada Nights) will discuss casting from both viewpoints. An absolute must for all actors and directors out there.

On November 7 in Ballymahon Library at 12.45pm, there is a unique opportunity to hear from Longford artists, Michael Keegan-Dolan, Karen McGann, and John Connell on what it's like to pursue a career in the arts. Longford author Dani Gill will moderate this amazing event.

The closing film of the 2021 festival is the award winning To The Moon directed by Tadhg O’ Sullivan. The film is produced by Clare Stronge who will be in attendance for a Q&A afterwards with Irish Times Film Critic Tara Brady. The film screens in the Roscommon Arts Centre at 3pm on November 7. Not to be missed!

Tickets go on sale, October 22 from our Box Office in Ballymahon Library and Online.

For more information check out the full programme on the Still Voices Website, stillvoicesfilmfestival.com.