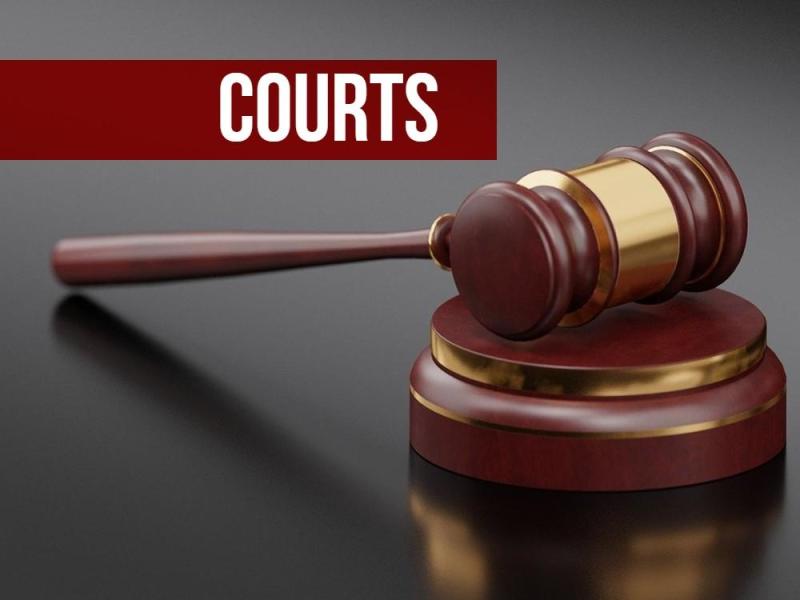 A man who violently assaulted his former partner by choking her has been sentenced to two years and six months in prison with the final year and nine months suspended for a period of seven years.
Brendan Kelleher (33) of Drumlish Hill, Drumlish, Co Longford, appeared at a Longford Circuit Court sitting in Mullingar courthouse this morning before Judge Keenan Johnson.
Mr Kelleher was charged with violently assaulting his former partner who told the court in evidence last February that she had left the door ajar for gardaí who were having difficulty finding the house, stating that if she hadn’t done so, she “wouldn’t be here today”.
When Gda Shane O’Connor arrived at the house, he entered the bedroom where he saw Mr Kelleher pinning the woman to the bed with one hand gripped around her neck and the other over her mouth.
The victim told the court, “I owe Gda O’Connor my life. A few minutes later and I fear he’d have been facing a tragic scene.”
Following a lengthy hearing, Judge Johnson indicated that he would hand down a two and a half year sentence but would suspend it for a period of ten years if the probation report is positive.
However, last week, it was revealed by Gda Declan Brislane and Gda Allen Doherty that Mr Kelleher had been arrested for public order incidents and public intoxication in June and September.
Addressing the court himself, Mr Kelleher explained that he was struggling with his mental health and that, while he tried to get support at AA meetings, he felt he couldn’t share at them because “stories were coming back to me in the community”.
The court also heard that, while Mr Kelleher spent more than three months in Cuan Mhuire Treatment Centre, he consumed alcohol within hours of leaving the facility.
Judge Johnson remanded Mr Kelleher in custody to today so that he could “reflect on the gravity of his actions and the need to stay sober”.
"This was an extremely serious offence in which the victim was terrorised and left with severe adverse psychological sequelae," said Judge Johnson at this morning's sentencing.
"It has shattered the victim's sense of security and confidence. It was fortunate that the gardaí arrived when they did as it is clear that the victim was in real danger."
The probation report, he added, showed that the accused has "a tendency to minimise his culpability" and that he is "still deemed to be a threat to his ex-partner".
The probation officer also expressed concern about the vulnerability of Mr Kelleher's new partner and the court was advised that, on June 4, the accused was in "a verbal disagreement" with his new partner while intoxicated.
He was subsequently arrested under the Public Order Act for being a danger to himself and others. He is also charged with threatening and abusive behaviour.
"He has been assessed at the high end of moderate risk of reoffending," said Judge Johnson.
"The main causative factors are his abuse of alcohol. He has ten previous convictions, most of which are due to his abuse of alcohol."
In mitigation, Judge Johnson noted the early plea of guilt but also noted that "the accused was caught red handed in the course of committing the assault; he had little option but to admit guilt".
He commended the accused for cooperating with gardaí and for paying a total of €7,000 in compensation to the victim so far.
"When this matter came before the court in February, it was adjourned on terms including inter alia that the accused would stay out of trouble and remain sober," said Judge Johnson.
"The court indicated that the offence carried a headline sentence of four years and with mitigation would be reduced to two years and six months. It was the court's intention to suspend the sentence for a period of ten years on terms.
"That indicative sentence was predicated on the accused remaining sober and remaining out of trouble. Unfortunately the failure of the accused to comply with those fundamental terms has left the court with no option but to activate a custodial element in the finalisation of this matter."
Accordingly, Judge Johnson imposed a sentence of two years and six months imprisonment, suspending the final one year and nine months for a period of seven years on the condition that Mr Kelleher enter into a bond of €500 to keep the peace and be of good behaviour for seven years post release.
He has also been ordered to submit himself to the supervision of the probation service for one year post-release, to go immediately on his release from prison to a residential treatment course, to remain sober and continue to attend AA and all after care meetings, and that he engage in the MOVE programme.
He has also been ordered to have no contact with the victim either direct or indirect.