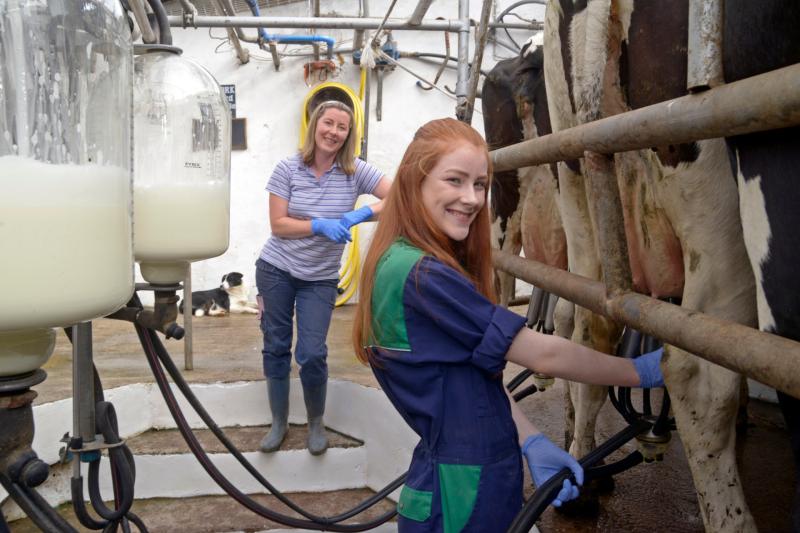 Vanessa Kiely O'Connor and her daughter, Sadhbh, at home in their milking parlour

The county is usually known for its thriving livestock industry but women do not appear to be a part of the official make-up of either sector.

The scheme was seen as central in transferring skills and knowledge to farmers and was worth up to €100m for farmers over its lifetime.

The low number points to a worrying future for the diversity of the sector in the county and the Women in Agriculture Stakeholders Group (WASG), said that a key area of its submission on the next Common Agricultural Policy (CAP) was the creation of female only KT groups and top up payments for groups with at least three female members.

They pointed to the fact that the Department of Agriculture’s own SWOT analysis had outlined the “cultural bias” towards men in agriculture and that just 3.8% of farms were registered in joint male and female names despite CSO figures showing that up to 25% of the work done on farms was undertaken in part or fully by women.

The group said that it was time to recognise the work women do on farms officially.