No money was ever in place for state of the art St Joseph's Care Centre neuro rehab unit, says Health Minister

Nolan slams claims over funding and accuses Donnelly of 'hypocrisy' 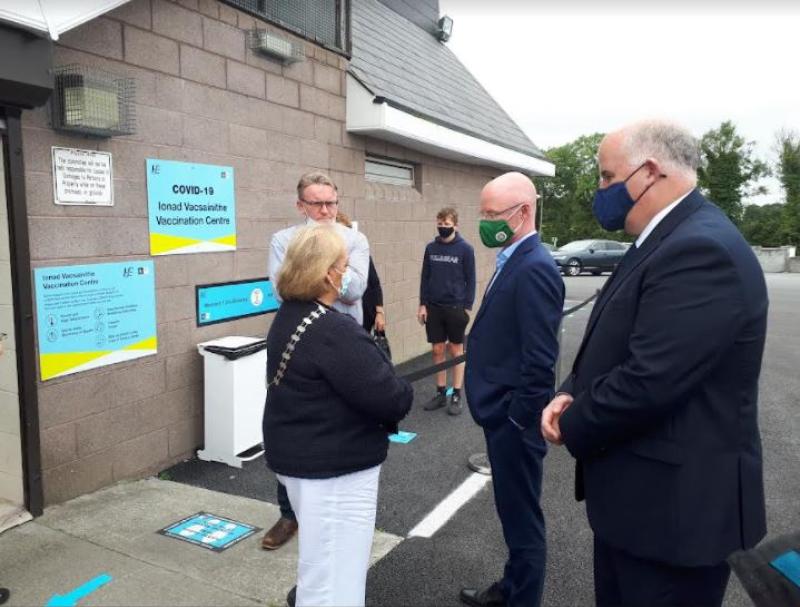 Not a single euro of taxpayer's money was ever allocated for the development of a dedicated acquired brain injury unit as St Joseph’s Care Centre in Longford, Health Minister Stephen Donnelly has revealed.

Moves to add a state of the art neurological facility to the centre’s Dublin Road campus have been close to four years in the making following a government commitment in 2017 to undertake a multi million euro revamp of the centre.

However, speaking in Newtownforbes yesterday during a visit of Longford’s Covid-19 vaccination centre, Mr Donnelly revealed no money was ever put in place to deliver on those plans.

“The acquired brain injury service in the country is obviously very, very important,” he said.

“My understanding is the commitments may have been referred to when Minister Harris (former Minister for Health) when he was here (in 2017).”

Mr Donnelly, under questioning from the Leader, went on to reveal how no money was set aside by health chiefs in the wake of the announcement made by Mr Harris at the time.

“It was never funded after the commitment you have referenced.”

Mr Donnelly vowed to continue to hold talks with HSE and Department of Health officials in a bid to progress renewed calls at a local level.

He also said he would proceed to "continue the conversation" with local Fianna Fáil TD Joe Flaherty with a view to progressing the project in due course.

Local Cllr and health advocate Peggy Nolan strongly rejected the comments made by Mr Donnelly and said she had been left “disgusted” by the revelation.

“I am not accepting there is no money there,” she stormed.

“Here you had a minister who arrived into Longford yesterday who told me one thing and then he goes outside and tells a journalist another thing.

“I will let the people of Longford decide on the type of calibre of a minister we have.”

Cllr Nolan also hit out at the arrangements surrounding Mr Donnelly’s visit to Longford yesterday and claimed as first citizen of the county she had not been given a formal invitation to attend.

“Do we now have to fight tooth and nail for an acquired brain injury unit that was promised us? I was so disappointed at the politics which went on yesterday and the ‘he said, I said’ carry on of Minister Harris said one thing and I am saying another.”