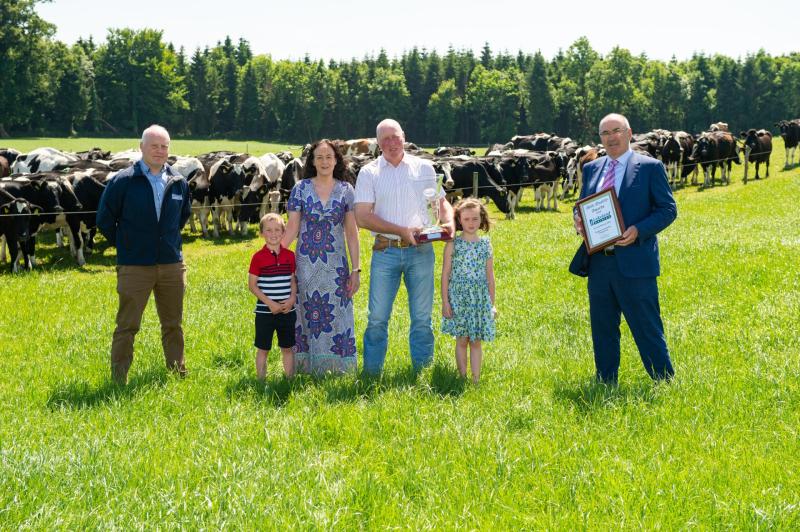 Farm families in Longford and Tyrone have been announced as Supreme Champions of the Lakeland Dairies Milk Quality Awards.

The Milk Quality Awards publicly recognise the achievements of Lakeland Dairies milk suppliers who are committed to quality in all aspects of their milk production.

A new multilingual souvenir audio player has been launched by Longford County Council to complement the Longford Town Walking Trail.

A “tentative location” has been identified for a state of the art centre of educational excellence in Longford town.

Winning a milk quality award is a truly excellent achievement. The winners emerged from among 3,200 farm families across 16 counties who produce milk for the 1.9bn litres Lakeland Dairies milk pool.

The Supreme Champions of the awards are Eugene & Deirdre Fitzpatrick, Lisryan, Granard and Cyril Gibson, Beragh, Omagh, for the exceptionally high quality of milk they have produced on their farms throughout the past year.

New Entrant
Recognising the achievements of new entrants to dairying, where Lakeland has welcomed over 350 new milk producers to the co-operative in recent years, Sean and Paul Murtagh, Rathconrath, were declared winners of the Republic of Ireland new entrant category while Bernard & Rory McKeever, Kilmore, Co Armagh, won the Northern Ireland new entrant category, for the high quality of their milk supplied to Lakeland Dairies.