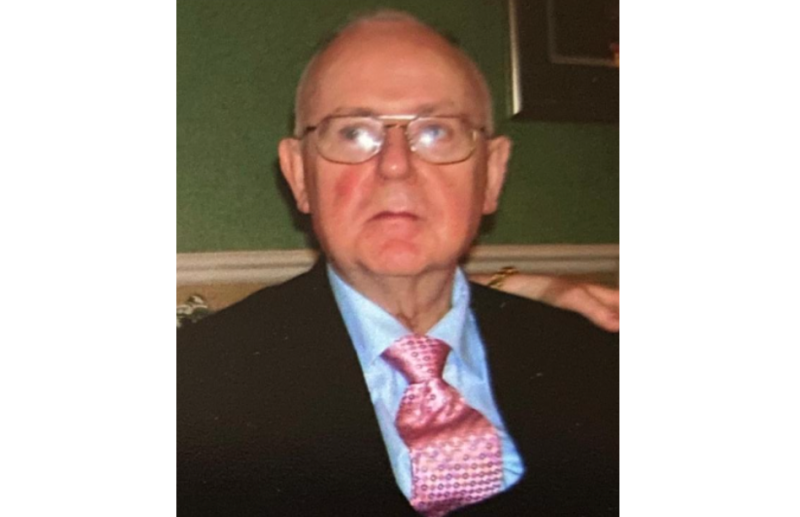 Longford is in mourning today following the passing of well-known local publican Peter Clarke of Clarke's Pub on Dublin Street.

There has already been an outpour of tributes for the well-loved former town councillor with local TD Joe Flaherty sympathising with the family.

"Saddened this morning to learn of the death of former town councillor and Dublin Street publican, Peter Clarke," said Deputy Flaherty, sharing a photo on Facebook of Man Utd's Kevin Moran pulling a pint in the Dublin Street watering hole many years ago.

"One of the great nights in the Dublin Street bar was a visit by Man Utd favourite, Kevin Moran. This is a great photo of Moran pulling a pint in Clarke's under Peter's watchful eye.

"Also behind the bar was barman Paddy Drumm and the other side of the bar, John Maher, Colm and Charlie Smith and Liam Rosemund.

"It is very much the end of an era at Clarke's Greyhound Bar on Dublin Street with news this morning of Peter's death." 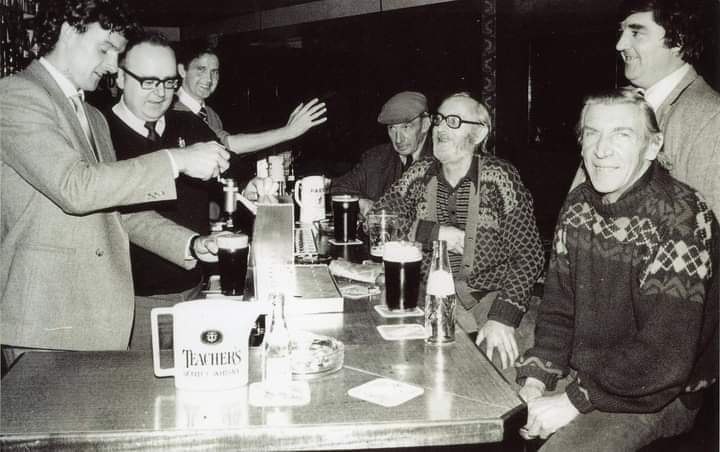 Cathaoirleach of Longford County Council, Peggy Nolan also shared her "great sadness" at the loss of the local publican.

"It is with great sadness and a heavy heart that we learned of the death of former colleague and long serving member of Longford town council Peter Clarke," she said.

"The contribution made to our community by Peter will be a lasting legacy. To his family and many friends I offer my sincere condolences."

Longford councillor Gerry Warnock also paid tribute to the former councillor; "So very sorry to hear about the passing of former councillor Peter Clarke. Peter was a true gentleman and a great servant of Longford town and her people. My deepest condolences to Peter's family and many friends."

The popular Dublin Street bar has been in the Clarke family since 1938 when it was purchased by Peter’s father, Mattie. It had been known as Shinner’s bar and before the Clarkes bought it, was being run by a Mrs McTiernan, a daughter of the Shinners. The bar was is more than eighty years in the Clarke family, making it one of the longest family owned bars in the town.

The bar has seen its fair share of celebrities and sports stars in particular over the years. Soccer greats Kevin Moran and Paul McGrath have visited and been photographed  pulling some of the famed pints of Guinness. Peter never made any secret of his love affair with Man Utd and one of his greatest memories is of when Man Utd greats, Sir Matt Busby and Paddy Crerand visited the town.

One of the great nights though was in 1982, when in the aftermath of their memorable All-Ireland final win, the Offaly team manager, and then Longford Leader editor, Eugene McGee, brought the Sam Maguire Cup to Clarke’s. It was a full house with everybody clambering  for a photo with the most famous silverware in Ireland.

If sport loomed large in the lives of the Clarke family, so too did politics, or more specifically, Fine Gael politics. Peter was an elected member of the Town Council  for 37 years, having been first elected in 1967, when he was just 24 years of age.

He remained in office until he retired in 2004 and served two terms as chair of the Council. For the second term, he had the distinction of being the first to hold the new town ‘mayor’ title. When he was first elected, he served on the Council with Joe Kelly (father of Peter Kelly, former TD), Tommie Breaden (father of Mae Sexton, former TD and current Councillor), Sonny Canning, Jim Conlon, Bob Phibbs  and Bob Connolly.

Clarke’s bar remained one of the great Fine Gael houses in the town and an especially memorable night was when Paddy Cooney was first elected to the Dail. It was as a result of a by-election following the death of PJ Lenihan and the count took place in the Temperance hall in April 1970. Just about every Fine Gael TD in the country was there for the event and as Peter remembers it, the daylight was undeniable as he led the last of the party faithful out the door.

Best known as a publican and politican, there is however also significant amounts of ink running through Peter Clarke’s veins as he worked as a compositor/typesetter in the Longford Leader and later the Longford News for a number of years. It was when his father was taken ill in 1968, that he took over the running of the family bar.

Remains arriving to St. Mel's Cathedral Longford for Removal Prayers on Monday, July 12, at 6pm. Funeral Mass on Tuesday 13 at 11am followed by Cremation in Lakelands Crematorium Cavan. To view the livestream please go to www.longfordparish.com

Those of you who would have liked to attend but due to current restrictions are unable to, may leave their messages of condolence in the condolence book on rip.ie.