Works to begin on Artisan Market in Ballymahon 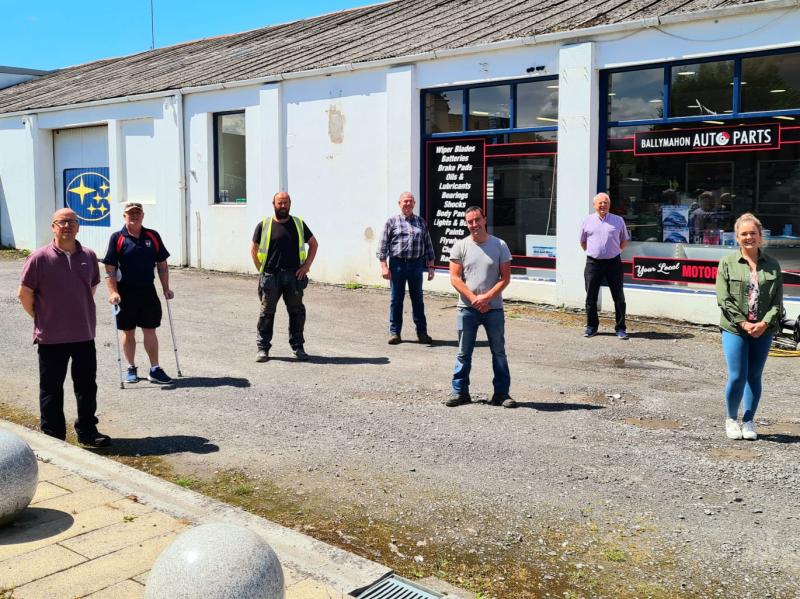 Construction is due to begin this month on an Artisan Market in Ballymahon, as planned by the Ballymahon Town Team.
Development will begin in late July following the awarding of the contract to a successful tenderer in recent weeks.

“It took a while for the town team to find its feet in terms of assisting community development, applying for funding, etc,” explained town team PRO Niall Dowler.

“The Artisan Market is a project we were keen to commence development with so we put it to tender and a successful tenderer has been awarded the contract. Development is due to commence in late July.”

Ballymahon Artisan Marker received a total of €25,000 in funding last August as part of a national fund to help communities adjust to the Covid-19 pandemic.

The market will be a covered outdoor area situated beside Ballymahon Community Library and will feature a number of local producers and artists.

The town team has been working hard to improve the local community of Ballymahon with a range of other plans in the pipeline, he added.

“Another project we’ve been working on is the development of the Red bridge for provision of infrastructure in terms of a floating jetty and docking for boats coming in from the Shannon.

It was recently announced that €180,000 would be invested in the new facilities at the Red Bridge, which will include eight berths, a canoe launch area and ancillary land-based facilities.

The town team is also working on its Pobal le Chéile project which was awarded almost €6m in funding earlier this year and will see Ballymahon undergo a significant transformation with improved resources for the entire community.

A lengthy, well-researched and well-planned application for funding was submitted by Ballymahon Town Team in December and the group was delighted with the announcement of their success in April when a total of €5,991,916 was announced by Minister for Rural Affairs, Heather Humphreys, under the Rural Regeneration Development Funding.

“The Rural Regeneration Development Funding application in collaboration with Longford County Council was successful and we are beginning internal assessment on structure before finalising the tendering process,” said Mr Dowler.

“That should be coming on stream for tendering in the last quarter of 2021.”

The town team, as always, is working to ensure the improvement of resources and amenities in Ballymahon and has confirmed it is currently working on a number of other projects, the details of which are yet to be confirmed.

“We’re currently in negotiations with other stakeholders for potential projects,” said Mr Dowler.

“We’re in the early stages of negotiations but we're hoping to bring good news very soon. These projects will benefit public infrastructure and amenities.”