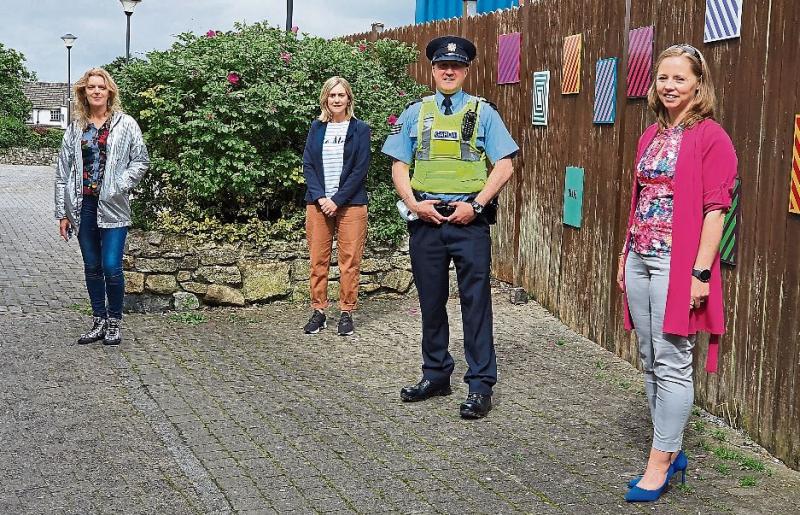 Gardaí and Longford County Council have joined forces in a bid to tackle anti-social behaviour and public loitering concerns along a string of laneways within the main county town.

Garvey's Yard, which acts as a linkway between Annaly Park and Main Street was chosen as a pilot project under the local authority's URBACT programme.

Regeneration Officer Lorraine O'Connor said the idea stemmed from a bid to make the laneway and others like it, more user-friendly as access routes into the heart of the town core.

“As part of the project, an art installation was proposed for Garvey’s Yard by the voluntary arts organisation Engage Longford – which may also be used to facilitate a covered market,” she said.

“The design on this element is now complete and it’s hoped that construction work will commence in the coming weeks.
Longford Community Sergeant Darran Conlon told of how a number of “security issues” have already been flagged, predominantly around public lighting, CCTV and layout, all of which he added will be addressed.

“I see Garvey's Yard as an outside office, where people can approach me and ask me questions or raise concerns,” he said.
Sgt Conlon, who took over the reins of directing community policing in Longford earlier this year, spoke of how increased garda visibility on the streets of Longford town was already starting to pay dividends.

“This is all about targeting all forms of anti-social behaviour, littering, loitering, public order and public drinking,” he added.

“It's been very much about engaging with people, asking what their concerns are, educating people around the issues raised and then asking those individuals to desist from that type of behaviour.”