‘End of an era’ for Lanesboro's Ciarán Mullooly 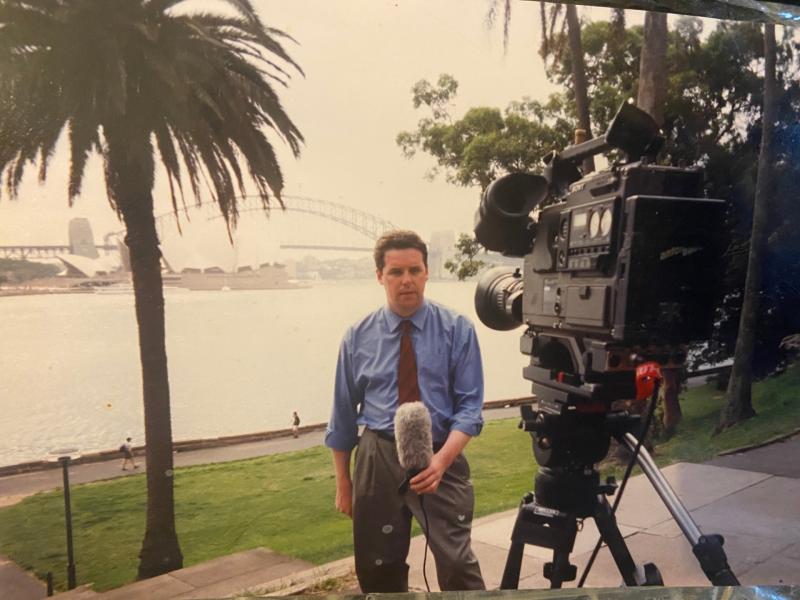 Lanesboro’s Ciarán Mullooly hung up his reporter’s notebook and the RTE mic on Sunday when he worked his last day as Midlands Correspondent for the national broadcaster.

As revealed on the front page of last week’s Longford Leader, Ciarán has called time on a 36 year media career, which began in the Longford Leader in 1985 when the late Eugene McGee took him on as a junior reporter.

“I remember I got a lift with my cousin to the Athlone Road and I walked to the Longford Leader on the first day and went into the newsroom. It’s definitely a nostalgic week for me.”

Ciarán moved to RTÉ’s Ear to the Ground in 1993, before becoming Midlands Correspondent in 1995. Since then, there have been a number of Longford journalists who have followed in his footsteps.

“It’s time for me to move on but there’s a lot of young blood in RTÉ from Longford as well,” he said, referring to Fran McNulty, Sinéad Hussey, Fintan Duffy and Conor Barrins.

“I’m leaving behind great representatives of the blue and gold in Donnybrook. My work is done. We have a Longford Mafia in Dublin.

“I’m quite proud that so many people have followed my own footsteps and gone into RTÉ from Longford.”

Ciarán is looking forward to a new venture serving the community he loves so well in Lanesboro and Ballyleague and is thrilled to have more time to concentrate on that.

“It’s the end of an era but I’ve done a lot of thinking about it. I do intend to continue writing. And I’m studying a Masters in Tourism at the moment.