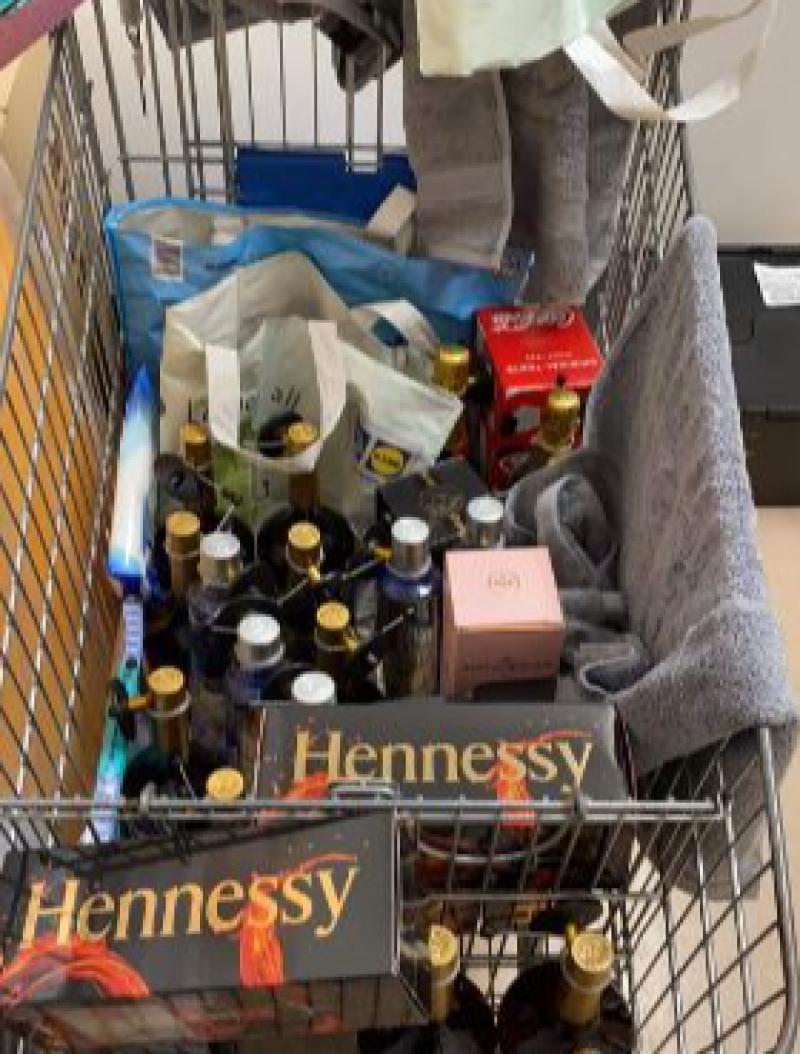 Three Romanian men who allegedly attempted to walk out of a Longford supermarket earlier today with €1300 worth of alcohol have been remanded in custody as gardaí attempt to ascertain their identities.

Alexandru Facaeru (38), Mihai Apostle (23) and Andrei Stoica (23), all of 9 Church Avenue, Blanchardstown, Co Dublin were brought before a sitting of Longford District Court this evening.

All three appeared charged in connection to the alleged theft of almost €1,300 of goods from Tesco's, Longford Shopping Centre, earlier today.

Garda Anthony Scanlon gave evidence of arrest, charge and caution with Sgt Mark Mahon stating the State would be seeking to remand the trio in custody to try and find out their identities.

Garda Scanlon, who revealed how all of the items had been recovered, revealed approaches had already been made through Interpol to establish if any of the accused have any previous convictions to their names.

Defence solicitor Aileen Mollahan said it was her clients arrived into Ireland three months ago, insisting all three would be pleading guilty with the alleged incident being the first time they had come to garda attention.

"They are very, very sorry for their actions and are very sorry to both the gardaí and the court," she said.

Ms Mollahan explained how the three men were residing with two other individuals in Dublin and were paying €85 a week for rent.

Garda Scanlon replied, saying gardaí were still unsure about some of the details which had been provided by the men following their arrest.

"They had Romanian ID cards on them," he said.

"From a visual check, all three ID cards were different and there would be doubts about their credibility."

Sgt Mahon said the prosecution would be pressing for a newly set up Immigration Unit within the Roscommon/Longford Garda Division to carry out further inquiries in the interim.

Judge Hughes remanded all three to a sitting of Harristown District Court on Friday.

Legal aid was also granted to the three accused.