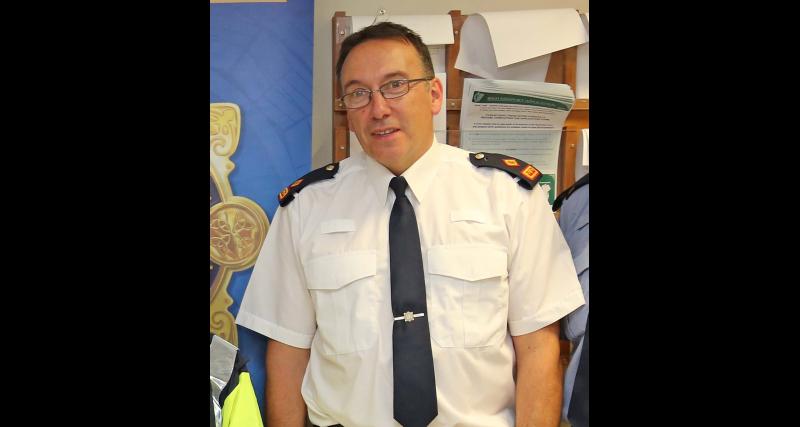 Granard Superintendent Seamus Boyle is to take over as Longford's new garda chief from today (Wednesday).

The Longford native, as first revealed by the Leader last Friday, will take over from recently retired superintendent Jim Delaney.

It also means Supt Boyle will head up both Longford and Granard garda districts as part of a new look to policing management across the county.

“It's a fantastic honour and I'm very proud of the appointment,” he said.

“It will be a big challenge to manage both districts but there is very good people working them both which will make my task a lot easier,” he said.

The garda boss was likewise keen to convey an air of assurance over the strides the county has made in recent times.

“There are a lot of positive things going on in the county and both myself and my staff will support all positive activities in the county,” he added.

The announcement is also expected to coincide with An Garda Siochana's new divisional policing model.

Garda boss to head up both Granard and Longford districts

Granard Superintendent Seamus Boyle is to take over as Longford superintendent, the Leader can exclusively reveal.

The model reduces the total number of Garda divisions from 28 to 19 and is intended to grant more autonomy to Garda commanders at divisional level while ensuring efficient use of resources.

In announcing the new changes back in 2019, Garda Commissioner Drew Harris said the overhaul was designed to bring about “larger Divisions with more resources.”

The new Longford division is to be aligned alongside both Mayo and Roscommon with Castlebar as its new divisional headquarters.

Supt Boyle's appointment is being seen as a move of continuity and sound judgement, given his two year spell at the helm of Granard's garda district.

What's more Supt Boyle is a native of the county and is viewed as being a “safe pair of hands” among the upper echelons of the garda hierarchy.
One of his first responsibilities will be to oversee the ongoing €2.8m redesign of Longford garda station.

The seven figure project is due to be completed by the end of the year after being successfully kicked into motion under the Longford garda boss' predecessor, superintendent Jim Delaney.

The refurbishment, when finalised, will result in an upgrade to accommodation, as well as the development of a CCTV room and a major incident room.