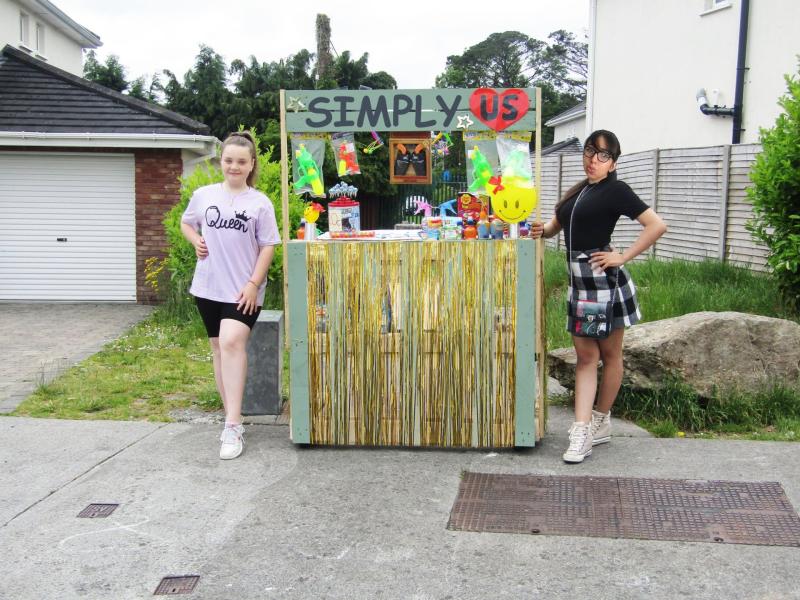 These days of Covid cuts and lockdowns have forced people to become more creative and that can certainly be said for Saoirse Stephens (12) and Dayra Silva (13) from Dun Darrach in Longford town.

The past 15 months have seen schools shut for long stretches of time, forcing kids to stay home so, when the two friends got their summer holidays from St Joseph’s National School and Templemichael College, they decided to spend their time making some money, with the support of their parents and the rest of the estate.

“They decided they wanted to work,” Dayra’s dad, David explained.

“At first they were going door by door offering their services as child minders, and to do some small garden works, but when we found out, we talked to the girls and told them that it wasn’t safe to go and do work on people’s houses, especially if you don’t know the people.

“So then they came up with the idea of selling some treats, and Saoirse’s father Keith Stephens and I told them we will build them a little treats stand using some old timber pallets, and it came out really well.”

The girls are selling juices, chocolate, crisps, jellies, lollipops and small toys such as bubbles.

And so far, business is booming for the two budding entrepreneurs.

“The girls had some money saved and used that to start with some treats,” David explained.

“We loaned them a little more and after their first sells, they gave back what we loaned, and now are making some small profits.

“The locals love it as its such convenience to our estate for them to grab a treat, specially the children. They do their stall most days at ‘the rock’ in Dun Darrach.”