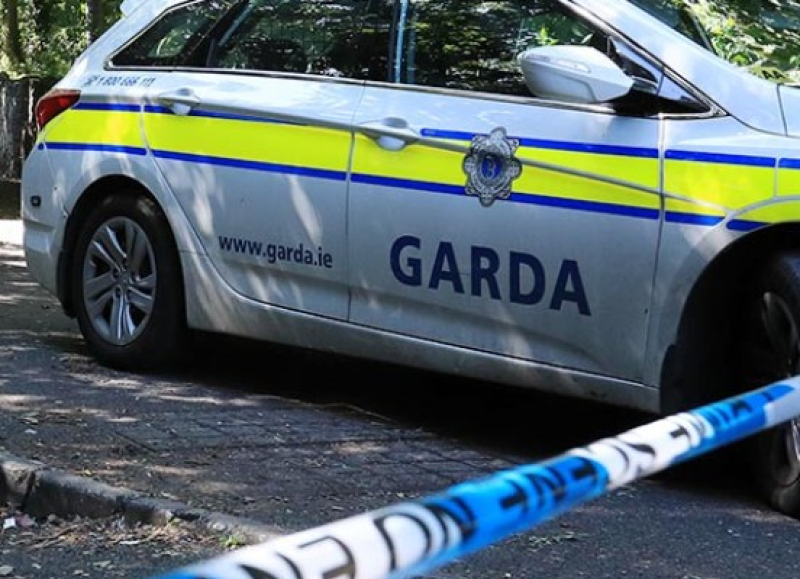 A man who denies assisting Kevin Lunney's abductors by buying bleach and providing the site where he was imprisoned and beaten, told gardai, "I have nothing to hide," when they arrived at his house with a search warrant, the Special Criminal Court has heard.

Luke O'Reilly also told gardai that he was "definitely not" involved in the dispute over Quinn Industrial Holdings (QIH), of which Mr Lunney is a director, and wouldn't know Kevin Lunney if he met him.

Gardai arrived at Luke O'Reilly's home at about 1pm on September 20, 2019, three days after Mr Lunney had been abducted, tortured and abandoned on a country road.

Detective Sergeant Michael Kearney told Sean Guerin SC for the Director of Public Prosecutions that before gardai said anything to Mr O'Reilly, the accused said: "I know why you are here. Because I bought that bottle of bleach."

Sgt Kearney cautioned Mr O'Reilly, telling him he didn't have to say anything but anything he did say would be taken down and may be used as evidence. Mr O'Reilly replied: "That's fair enough, I have nothing to hide."

He told Sgt Kearney he was happy to make a caution, voluntary statement and when told that he could seek legal advice he repeated that he had nothing to hide.

The witness said Mr O'Reilly brought him and a garda colleague into his sitting room and told gardai that he understood the warrant to search his home. When asked if he understood why gardai were there he said: "Because I bought the bottle of bleach."

He said he came home, spent about 15 minutes in his yard, and then brought the bleach into the house. When Sgt Kearney asked Mr O'Reilly if he knew anything about the false imprisonment of Kevin Lunney, Mr O'Reilly responded: "I seen it on the news. I wouldn't know the man if I met him."

The sergeant asked if Mr O'Reilly was "involved in what is happening in the Quinn companies". He replied: "Definitely not."

An unnamed man referred to as YZ (40), Alan O’Brien (40), of Shelmalier Road, East Wall, Dublin 3, Darren Redmond (27), from Caledon Road, East Wall, Dublin 3 and Luke O’Reilly (67), with an address at Mullahoran Lower, Kilcogy, Co Cavan have all pleaded not (NOT) guilty to false imprisonment and intentionally causing serious harm to Mr Lunney at Drumbrade, Ballinagh, Co Cavan on September 17, 2019. The first accused cannot be named by order of the court as he is due to face trial on other, unrelated matters.

Mr Lunney has told the court that he was bundled into the boot of a car near his home and driven to a container where he was threatened and told to resign from QIH. His abductors then cut him with a Stanley knife, stripped him to his boxer shorts, doused him in bleach, broke his leg with two blows of a wooden bat, beat him on the ground, cut his face and scored the letters QIH into his chest. They then left him bloodied, beaten and shivering on a country road at Drumcoghill in Co Cavan where he was discovered by a man driving a tractor.

Det Sgt Kearney agreed with Michael Lynn SC, representing Mr O'Reilly, that Mr O'Reilly was "open and helpful" to gardai. He further agreed that Mr O'Reilly gave a cautioned statement, declined legal advice, said he had nothing to hide, handed over his phone and also an older phone and explained that he had replaced the older phone just a couple of days earlier.

He also agreed a gate leading to an area where the prosecution says Mr Lunney was imprisoned was not secured. Although there was a chain around the gate with a padlock on it, a link in the chain was broken allowing gardai to enter without opening the lock.

Megan McClean told Mr Guerin that she was working in Lynch's Gala in Killydoon on the evening of September 17, 2019. The shop was due to close at 9pm and a little time before that she began hoovering the mat inside the shop's front door. As she did so a man came in wearing a grey t-shirt, black jeans and grey curly hair. He looked like a farmer in his work clothes and he spoke with a local accent.

He asked her whether the shop sold bleach and she pointed him towards the bottom shelf of the second aisle. He went in that direction and then shouted, "which one is it". Ms McClean came over and picked up a 750ml bottle of blue Domestos and said to him: "You mustn't be used to cleaning." He laughed and agreed, the witness said. They had a chat, he paid for the bottle, and he left.

The witness agreed with Mr Lynn that the exchange with his client, Mr O'Reilly was, "very relaxed and very open". There was another woman in the shop and he openly asked for bleach, shouting at one point when he couldn't find it.

Garda Niall Dillon told Mr Guerin that he was part of the team that searched Mr O'Reilly's home on September 20, 2019. He said he found two bottles of Domestos bleach under the sink in the kitchen. Garda Gary Brennan told Mr Guerin that he found a bottle of bleach in a bathroom and two bottles in a cabinet in the utility room. He found another bottle of bleach in a bathroom off the kitchen.

Detective Sergeant Sharon Walsh told defence counsel Michael O'Higgins SC, for the unnamed accused, that the method for collection of mobile phone data has changed since a judgement arising out of the trial of Graham Dwyer. Dwyer was convicted in 2015 of the murder of 36-year-old childcare worker Elaine O'Hara in August 2012. He has challenged the legality of the collection of mobile phone data that was used in his prosecution. Det Sgt Walsh said that in 2019 she was aware of a court judgement in relation to Dwyer which meant that gardai could no longer obtain phone records through Security and Intelligence. Instead, she said, when she was asked to find phone records relevant to the investigation into the offences against Mr Lunney, she sought warrants from a District Court using Section 10 of the Criminal Justice (Miscellaneous Provisions) Act. She said this was the first time she had used that Act to obtain phone data records.