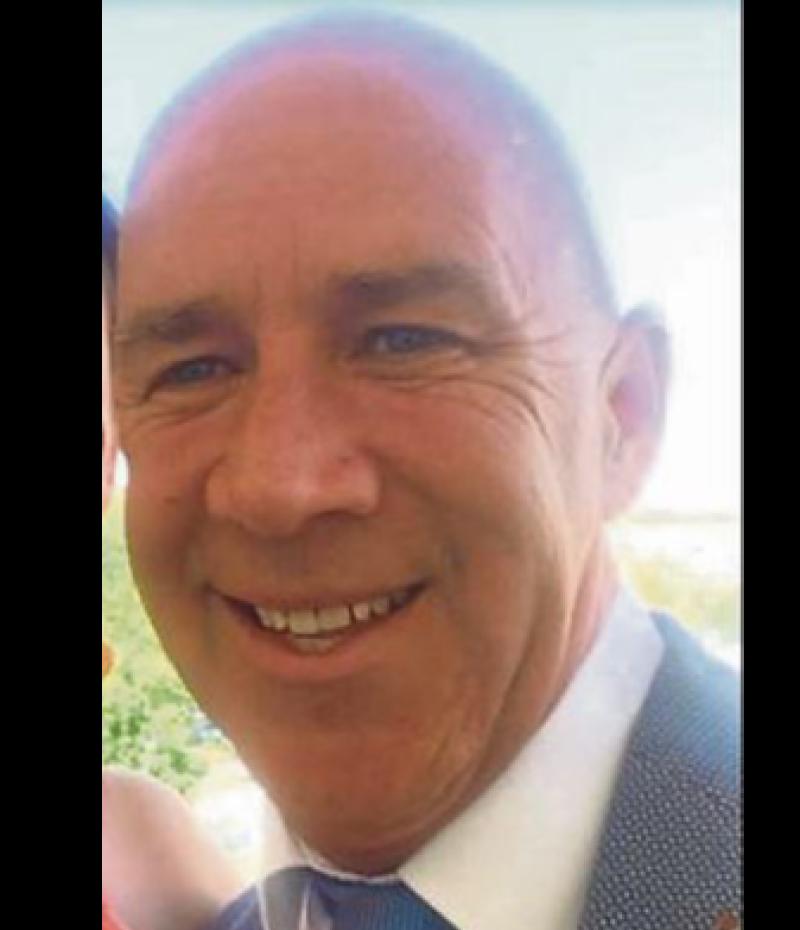 ‘He was the life and soul of any party’.

The father of two passed away last month suddenly in Germany, sparking a volley of heartwarming messages of sympathy both at home and overseas.

Mr Nesbitt, who worked alongside the Longford town native in Ireland’s uniquely modelled refrigeration business, spoke glowingly of a man who was not just an expert of his craft, but an unfeigned gentleman to boot.

“The man did more in his 55 years than most would do in 155 years,” said Andrew, while revealing his association with Michael went back almost four decades.

He can still recall the time when the enterprising Longford engineer first crossed his path.

“I was working in Dublin at the time and he joined me in 1982 or 83,” he said, revealing the pair had also rubbed shoulders in carrying out a contract on the then Albert Reynolds owned C&D Foods in Edgeworthstown.

“I had just qualified as a refrigeration engineer. His father, Michael knew my boss at the time, Jim Keating and they had been working together in HB Ice Cream when Michael Snr asked if his young son could come in and work with us over the summer.”

It was the dawning of a working relationship which would soon flourish into a personal equivalent that would last a lifetime.

As the duo’s friendship grew, so too did the wider economy, bringing with it a deluge of job openings at locations right across the country.

“We were like the A-Team,” quipped Andrew as he reflected on his friend’s insatiable appetite to carve out a name for himself in Ireland’s refrigeration marketplace.

“We went to Cork, Dublin, Belfast, Sligo, it was like we just went from one project to another. Michael had a huge part to play in that success. He was very keen, had a great energy to learn and was just so dedicated to the job.

“I really can’t say how much I thought of Michael.”

An affectionate statement it may be, it was one which illustrated the respect Andrew clearly held for a man who oozed charm and charisma.

Those virtues were reflected in almost everything he turned his hand to.

“I remember at one stage we were working 60 hours a week solid for five years,” recalled Andrew.

So engrossed were the pair that Andrew, by his own admission revealed how there “wasn't enough time in the day to spend the money we were making”.

Having worked in tandem for the best part of a decade under the banner of Mr Nesbitt's Cross Regrigeration enterprise, Michael's penchant to explore new challenges and ambitious projects saw him enjoy fruitful spells in both Saudi Arabia and Dubai.

Perhaps not surprisingly, the previously strong bond between the duo waivered somewhat until Andrew received an unexpected phone call from Michael ten years ago.

“He just said to me: “I'm thinking of coming home, would you have any work for me?” Andrew remarked.

“All I remember saying to him was: 'Sure, we'll find you something'.”

It was a brief exchange which would once again reignite the duo's comradeship and ability to nail down a string of lucrative undertakings both in Northern Ireland and the UK.

News of his sudden passing in Germany has, according Andrew, left a gaping void not just in his, but in the lives of those who knew the jovial Longford man best.

“It's total shock really,” said Andrew, when asked about his reaction to Michael's untimely death.

“I never seen him without a smile on his face,” added Andrew, getting ever more and more emotional with each passing moment.

“Michael was someone who was very loyal, very honest and above all, very hardworking.

“That's how I will remember my good friend. He was just a great man.”

The warmth exemplified by Andrew towards one of his closest confidants were similarly expressed by Michael's second cousin, Fr Shay Casey.

The Athlone priest and chaplain of Athlone Institute of Technology (AIT), can still recalls how his second cousin would routinely choose the rural climes of south Longford over the more built up domains of Longford town in which to spend his school summer holidays.

“What you saw was what you got with Michael,” stated the Killashee native.

“He spent a lot of time in my parents house as both himself and my brother, Brendan were very good friends.”

Always keen to try his hand at new things, Fr Casey spoke of how the young Michael, who would later go on to play football for Killashee, learned to drive a tractor from a relatively young age.

Like Andrew before him, Fr Casey said one attribute above all others set Michael apart from his closest peers.

“He was a very loyal person,” opined Fr Casey.

“My mother regarded him as being another member of the family.

“He was always very good to my parents by calling to see them whenever he could and he would often call to see my aunt.

“That was Michael, he was a loyal character who cared deeply about people.”

One of the lasting anecdotes Fr Casey said he will always cherish is how Michael was able to turn his hand to horseriding with little or no professional training.

The highlight of those endeavours would come when managing to take part in a national hunt bumper race in Downpatrick.

“He lived every day to the full.

“We will definitely miss his never say die attitude.”

Relative or no relative, they are words which will undoutedly live on in helping to define the legacy of one of Longford's most esteemed and cherished sons.

*The late Michael Farrell is sadly missed by his loving family his partner Helena, daughter Stacey, son Michael and their mother Áine, parents M.C. and Patricia, sisters Marie and Tracey, brothers Gavin and Conor and all his extended family and friends.