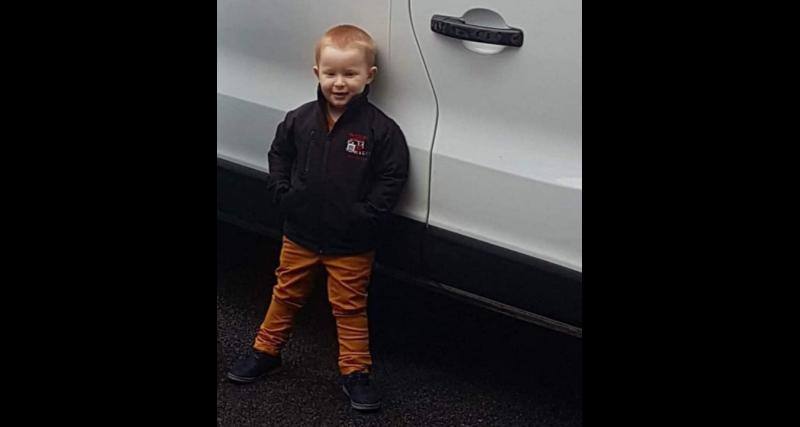 A priest broke down at the funeral mass of a four year old boy tragically killed in a road accident in Longford last week, telling mourners how “lives have been changed forever” at the tragedy.

Fr James McKiernan said the sudden and untimely loss of Charlie McDonagh last Wednesday when the toddler was knocked down just yards from his home in Ardnacassa had cast a deep shadow over the local community.

He described the tragic toddler a “little red haired warrior” as his distraught parents Pearl and Charlie watched on from the front pew of St Mel’s Cathedral.

“This is the type of loss that raises questions and all of us are asking why,” he said.

“I wish I had one for you, but unfortunately we live in a broken world and events like this remind us of just how broken it is.”

As he continued his emotional eulogy, Fr McKiernan paused as he recalled how just three days earlier, the young boy’s parents approached him for a blessing.

“It was a blessing they believed would protect him and keep him safe from harm. Nobody could believe a week later we would be back in this church with his family once again, but only this time things would be so much different.”

He said while it was his hope Charlie’s family and friends would, in time, come to terms with their loss, he confided the tragic events of last Wednesday was a date which would be forever etched in the memory of the McDonagh family.

“While nothing will ever be the same again, we sincerely pray the passage of time will ease your pain. Life has to go on,” he said.

“A piece of your heart has been torn out and that is a wound that will take a lifetime to heal.”

Floral tributes featuring some of the youngster’s favourite cartoon characters, Paw Patrol and Spiderman lined the inside of the Longford and surrounded a tiny white coffin in front of the altar.

A family member sang a rendition of ‘My Homeland’ which, Fr McKiernan revealed, was one of Charlie’s favourite songs.

“The parish, community all share your grief and pain at the loss of your precious child who was as tough as Paw Patrol and as agile as Spiderman,” he said, adding how he had also been a proud brother and shining example to younger siblings Patrick and Martin.

“Everything for Charlie was an adventure, everything was a challenge.

“He was tough, he was the eldest, he was the King to show the way for Patrick and Martin and to show them the great adventures that lay ahead of them.”

Several members of the congregation, including the boy’s parents and close family wore blue t-shirts emblazoned with the slogan: ‘ RIP Baby Charlie McDonagh’.

Outside, as dozens of mourners gathered as a white horse-drawn hearse led the funeral cortege through the town ahead of burial at Ballymacormack Cemetery this afternoon.