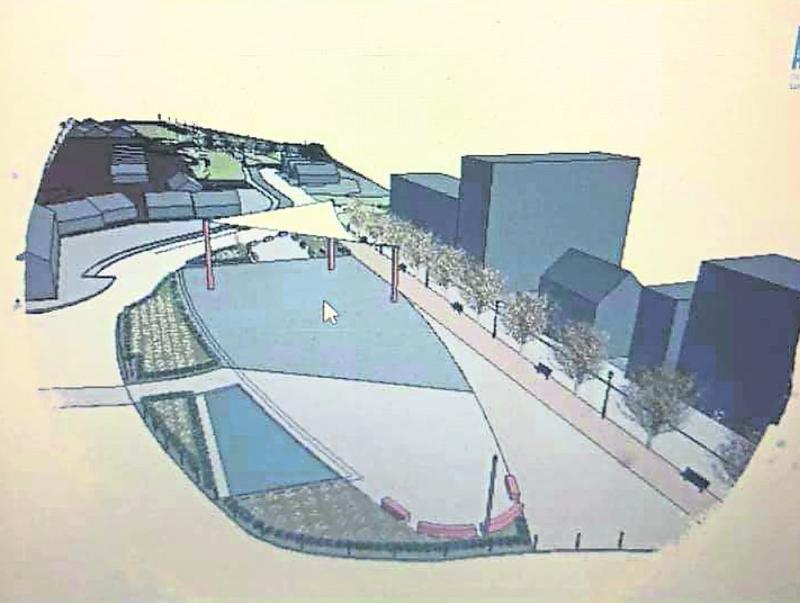 Longford is in line to become a major destination for outdoor concerts and cultural enterprise after a €1m move to revitalise the county town’s former harbour was given the green light.

Plans to redevelop the aptly named ‘Harbour Basin Project’, which have been the best part of three years in the making, were signed off on last Friday.

The awaited public realm project was the brainchild of Independent Councillor Gerry Warnock in collaboration with former Minister of State for the OPW Kevin Boxer Moran and his team of architects who produced a wayfinding design concept to link the site of the old harbour with the recently refurbished Royal Canal Walk.

The concept was refined by Longford County Council’s Regeneration Team to tie into the existing Longford Connect Project and an application was submitted under Fáilte Ireland’s Destination Towns and funds to the tune of €1m were successfully obtained to bring these plans to life.

“Although Covid restrictions curtailed us from advancing as quickly as we would like, it did give us a unique opportunity to really finetune a high quality, functional design that will simply be transformative.”

The Independent local representative said the main concept behind the venture was aimed towards providing for a bespoke modern build that illustrates the former use and history of the site.

It’s envisaged part of the original walled structure of the harbour will be exposed to form an intricate part of the overall design and include a nautical themed public space for events such as mini concerts, markets and craft fairs.

The plans likewise allow for a sail shaped canopy, wayfinding beacons with up-lighting graduating down to the canal walk, a cycle path and decorative stone seating that’s complimented with eye catching landscaping.

“I’m so grateful to my colleagues in Longford Municipal District for their unyielding support of this project and of course to our fantastic Regeneration Team for their efforts in helping it along to this stage,” added a jubilant Cllr Warnock.

“This really is a good news story for Longford Town and I hope that the people take ownership of it and enjoy it for many years to come.”