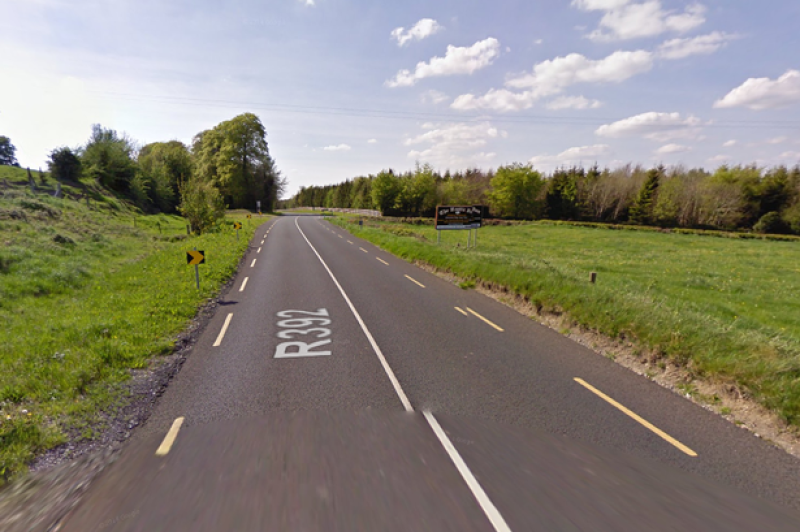 People in Forgney who had concerns about the effects that a realignment of the R392 at Forgney would have on their land will be overjoyed to hear that, following extensive public consultation, the plans have been scrapped.

Cllr Pat O'Toole, at this afternoon's meeting of Longford County Council, requested an update on the plans, following the conclusion of public consultation in March.

"The current position is that the consultant got all submissions and we hear them. Now the proposal will be to do a localised realignment at the Abbeyshrule junction onto the R391 and not proceed with the full scheme that went on public display," said Director of Services with Longford County Council John Brannigan.

The initial plan presented residents with four route options for realignment on a 1.5km stretch of the R392 from the Abbeyshrule road junction to Forgney Church.

Three of those routes would dissect farms in the area - an issue which caused much concern to residents and to local councillors, with Cllr O'Toole previously stating that "dissecting people’s farms with a road is not acceptable".

Upon hearing that those plans would not be going ahead, Cllr O'Toole welcomed the "very good news".

"I know that the households and the landowners on that 1.5km of road will be very, very supportive of that and very appreciative of that as well," he said.

"There is a bit of ground just beyond the Abbeyshrule Road that the council own from a previous piece of work on that road that maybe could be widened a little bit," he added.

Mr Brannigan agreed that he would discuss that option at a later date.

Cllr Mick Cahil also welcomed the proposal not to proceed with the full realignment but highlighted the issue of sight lines at the Abbeyshrule junction, which he said needs to be addressed.

"That's a serious junction there and the sight lines need to be improved. Indeed we're finding a lot of traffic now - particularly people on the service side of Center Parcs that come up that way from back in Legan, Edgeworthstown and back that end of the country," he stressed.

Cathaoirleach of Longford County Council Paul Ross was also delighted with the news.

"It's great common sense from Longford County Council," he said.

"This bypass, as everyone knows, came out of the blue. It shocked the community down there in that 1.5km section. It was going to devastate their lives and their businesses and those are the people who didn't object to Center Parcs when it came and they felt they were being penalised by this.

"So I'm delighted to see that the common sense decision has been made. As Cllrs Cahill and O'Toole both alluded to, that junction has been an issue for the last number of years so this is a fantastic day for Forgney and I think it's a great victory of common sense over a road that wasn't needed."