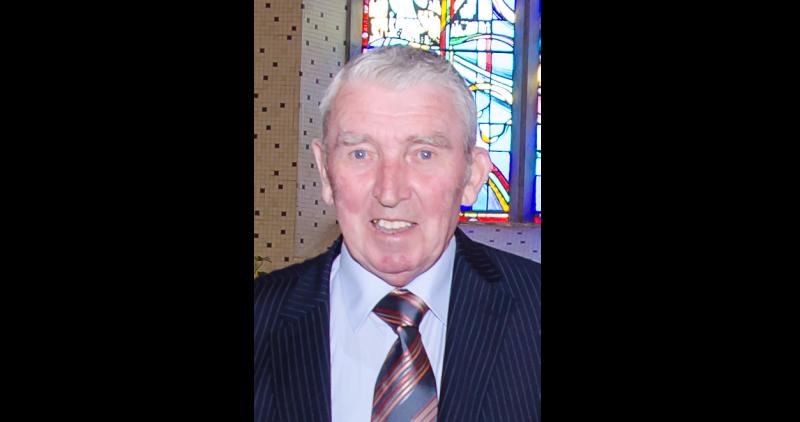 It was with deep regret that we learned of the peaceful death, in his 91st year, on Sunday, April 25, of Larry Burke, Clonard, Ballymahon in Newbrook Lodge Nursing Home, Mullingar.

Larry was predeceased by his wife Nancy and his brother Jim. Larry was born in 1931, the eldest of eight children, to Pat and Bridget Burke and went to school here in Ballymahon.

At the age of 14, he started work in Toome Pit where he stayed until the early ‘50’s. Larry met his wife Nancy back in 1950 and they had 5 children.

He instilled a work ethic in his family when they were young and always encouraged them to help people. Always a gentleman, with a great smile, everyone felt comfortable in his company.

Larry loved chatting to people and was well-liked with everyone in the area. He worked in Tom Kiernan’s Bar and Grocery until it was sold in 1974, he always had a great way with people when working behind the counter and was popular with everyone.

After Kiernan's, Larry worked in Walsh's Pub, Barney O’Boyle’s, Kenagh and finally in Betty Fox’s until his retirement. He was always a very sociable man, he enjoyed regularly coming in to town here in Ballymahon meeting up with friends and was very welcoming in his home with Nancy to all who called.

At Larry’s Funeral Mass in the Church of the Sacred Heart, Carrickedmond on Wednesday, April 28, the symbols brought to the Altar reminded us of the kind of man he was, his Prayer book as he had a deep religious faith, never missing Mass and a Bingo book as himself and Nancy regularly enjoyed going to Bingo over the years.

Another gift brought up was a Sod of turf as he loved to go to Ballymulvey bog every year with his family and as he was a keen and able gardener, a stick of rhubarb was presented. He had a lovely garden at his home along the Canal where he lived for over 60 years.

Larry’s son PJ spoke fondly at the end of the Mass of his Dad and Larry’s daughter Ann thanked all those who looked after him so well in the recent past and also Fr Charlie who celebrated the Mass, he was a regular visitor to Larry. Many neighbours and friends gathered outside the Church and in the nearby Cemetery, in accordance with current guidelines, to show the respect which has always been held for Larry and his family in the area.