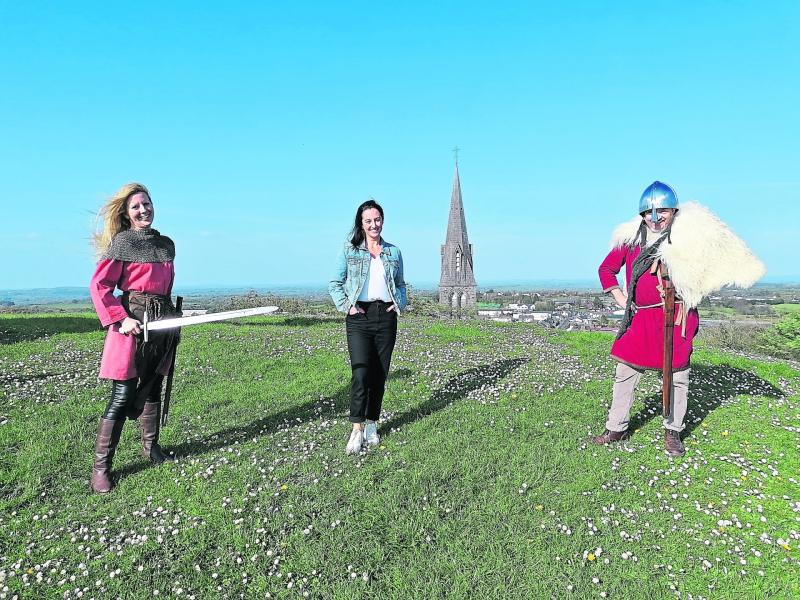 The series will be aired coast to coast on American Cable TV this Summer and will feature on inbound Aer Lingus flights reaching a potential audience of 80 million as it is syndicated around the States.

“We are delighted to have the opportunity to showcase our history and heritage across America. Ireland’s Hidden Heartlands truly is a treasure trove waiting to be discovered. And at the centre of it all is Granard.

“One can literally take a walk through time; from ancient sun worshipping days of King Cairbre to the ruling days of Gaelic Chieftain Ó Fearghail,” stated Déirdre Orme.

The crew received a full guided tour of the Knights and Conquests Exhibition centre by Bartle and got to grips with Norman times while also coming right up to speed with Ireland's more recent past.

After which the crew ascended the Motte to interview Déirdre and capture the breathtaking views of three provinces, nine different counties and five different lakes.

All filming was conducted in compliance with Covid-19 Safety Protocols.