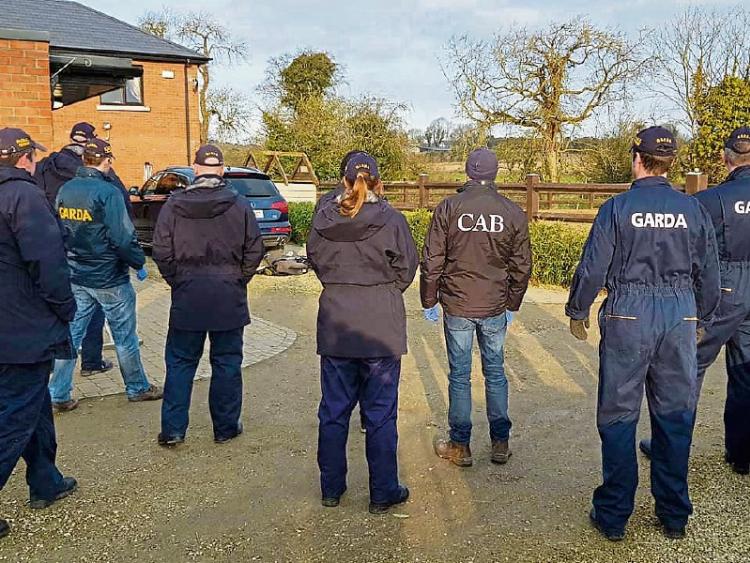 The announcement of a Community Safety Fund, which will see the proceeds of crime staying within the community has been welcomed locally.

Minister for Justice Helen McEntee announced that she and Minister for Public Expenditure Michael McGrath have agreed, in principle, to establish the fund, which will see proceeds of Garda and CAB raids to fund projects that the communities themselves know will improve their safety.

The announcement has been welcomed locally with Senator Micheál Carrigy stating that the fund will reflect the significant successes of An Garda Síochána and the Criminal Assets Bureau in disrupting criminal activity and seizing proceeds of crime by providing additional funding for investment in community safety projects.

"I'm delighted that the Minister McEntee has taken on board my proposal in relation to using monies seized by CAB to be returned to our communities. In 2019 CAB allowed for €3.9 million to be returned to the exchequer, with €65 million of assets frozen," said Senator Carrigy.

"The budget for the CAB has been increased to €9.1 million for 2020 to ensure that the funding is there to fully tackle these issues as they arise. Criminal gangs are becoming more sophisticated in how they conceal their assets and so this increase in funding will ensure that changes in how they are policed are possible.

“In January 2021 Minister McEntee confirmed funding of €250k will be provided for a new pilot community safety partnership scheme in Longford. The partnership in Longford was one of the three launched by the government in an effort to develop more co-ordination and co-operation between various state agencies, communities and local authorities around policing and social issues.”

Independent Councillor for Longford Municipal District Cllr Gerry Warnock has also expressed his delight at the prospect of a Community Safety Fund.

The local councillor previously submitted a motion calling on the Longford Joint Policing Committee and Longford County Council to write to Minister McEntee and Minister McGrath to "make provisions where monies confiscated under the Proceeds of Crime legislation be redirected from central coffers to a local fund where local groups involved in addiction services, youth activities and community initiatives can avail of much needed revenue options to help them in their work to counter the negative impact of criminality on the local stage".

"I'm absolutely delighted to see a positive outcome in relation to the Proceeds of Crime proposal with the Minister for Justice giving approval in principle for confiscated proceeds of crime to remain within the community," said Cllr Warnock.

"This issue was championed by Independent councillors through a national coordinated effort. Special mention for Cllr Paddy McQuillan from Louth County Council for proposing the concept through our Independent Grouping."

The establishment of new Community Safety Partnerships in every local authority area is a key element of wide ranging reforms under Minister McEntee’s Policing and Community Safety Bill, which will give effect to the recommendations of the Commission on the Future of Policing in Ireland.

The plans will detail how best the community wants to prevent crime and will reflect community priorities and local safety issues. The goal is to make communities safer for families, residents and businesses.