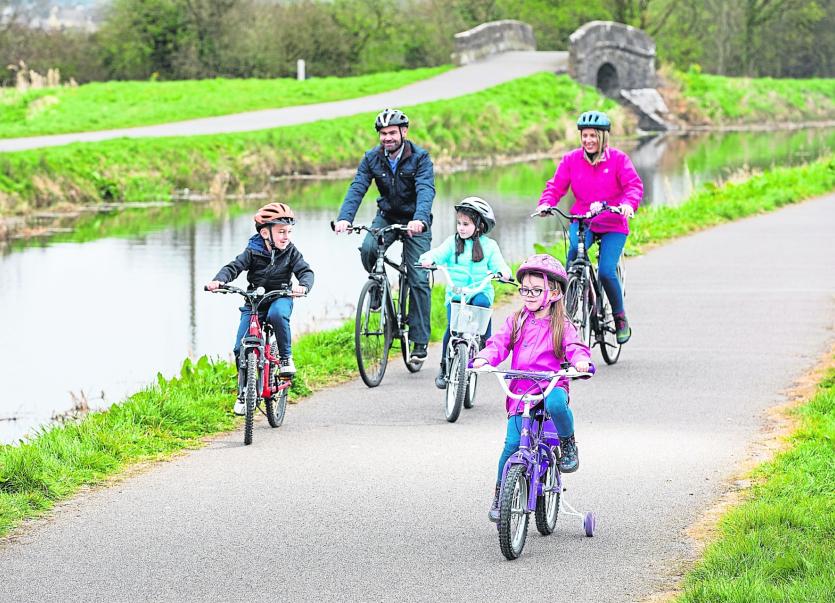 Significant discussion was given to horses on the newly launched Greenway at last week’s Ballymahon Municipal District, with two motions regarding horses put forward to council members.

“This practice is badly damaging the work that has gone into providing an excellent surface for cyclists and walkers, not to mention the fouling of the greenways,” said Cllr O’Toole.

Councillors agreed that a dedicated trail for horses would prevent the Greenway from being used for the exercise of horses.
“I’ve met people on the canal greenway with horses and they said they didn’t see any notices,” said Cllr O’Toole.

“The Greenway is not compatible with horses when you have young families using it. I think there should be a sign across the top of the gateways for the canal that say no horses.

“The Greenways are fabulous facilities and before they were greenways, I suppose people would have exercised horses on them but certainly they’re not suitable.”

His motion was supported by Cllr Paul Ross who agreed that the greenways are not designed for horses.

“I know of one horse user on the Greenway who has been causing damage,” he said.

“There are parts of the greenway that are public road and there are pathways on the opposite side of the canal which could be used for horses.

“It’s dangerous for kids on bikes or buggies that might spook the horse but there’s an opportunity for bridal paths on the far side of the canal.”

Cllr Gerard Farrell agreed that “horses shouldn’t be on the greenway” but that a dedicated trail should be mapped out for them.

“We’ve spent millions on the greenway and they are massive amenities and horses shouldn’t be on them,” he said.

“Bridal trails aren’t hugely expensive. I’ve seen lovely ones with wood chips for horses to trot on and, with proper infrastructure and signage put up it would be a great addition as a recreational amenity.”

Cllr Colm Murray agreed with the motion, stating that it is very important to take into consideration the fact that some trails have been used for horseriding for many years before they were upgraded to greenways.

Area Engineer for Ballymahon Municipal District, Paul Newell, agreed that signage could be put up on the Royal Canal Greenway entrances.

Meanwhile, Director of Services, John McKeon, agreed that a dedicated trail would prevent the use of the Greenway for exercising horses.